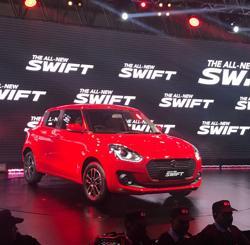 The model will be available in both petrol and diesel engine options. While the petrol variant will have a 1.2 litre engine, the diesel option is powered by a 1.3 litre engine. The company is accepting advance bookings at ₹11,000 for the hatchback that was unveiled at the 2017 Geneva International Motor Show. The car will be available in six colours.

Swift was launched in India in 2005 and the second generation of the model came out in 2011. There are more than 1.8 million Swift customers in the country. "The Swift gets a global design," said Maruti Suzuki India CEO Kenichi Ayukawa at the car's launch at the 14th edition of the Auto Expo in Greater Noida.

The all-new Swift, which was launched at Auto Expo 2018, has a new design with first-time features such as LED projector headlamps and daytime running lights. 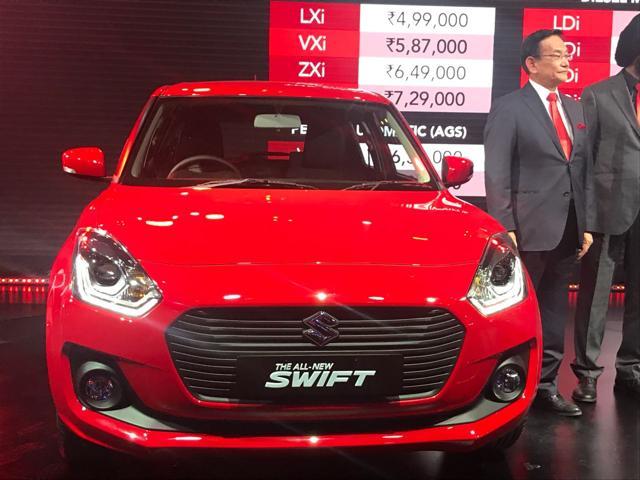 The car's variants are powered by the DDiS Diesel engine and the VVT petrol engine.

The company's sales of compact vehicles, which include the Swift, have risen 26.9% in the latest quarter from a year earlier.

The car has got the Auto Gear Shift technology for the first time, Ayukawa said.