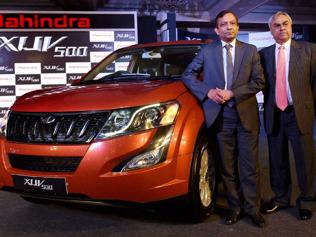 'Today, as we launch the new-age XUV500, we have enhanced the finesse and driving experience while retaining the DNA of the cheetah-inspired XUV500,' Mahindra & Mahindra Executive Director Pawan Goenka told reporters here.

The Mumbai-based firm had first launched the XUV in September 2011.

'We plan to launch nine products, including two new compact SUVs, refreshes and variants in the current fiscal,' Goenka said.

He added that the launch of the new XUV would help the company further strengthen its market share in the segment, where it currently commands some 40 per cent market share.