Kia India also aims to increase its dealership in the country and especially expand in the smaller towns.
By : HT Auto Desk
| Updated on: 02 May 2021, 14:05 PM 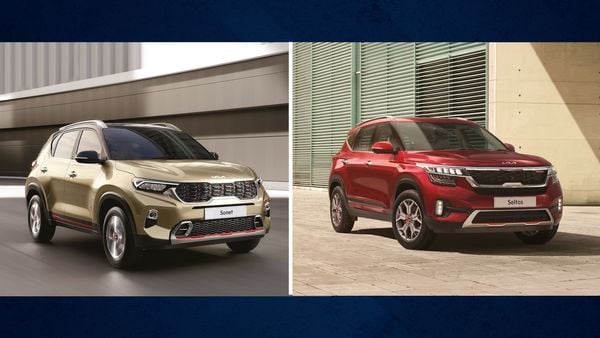 To secure its footing and aiming for long-term growth in the Indian car market, South Korean automaker Kia plans to introduce new models in the market here. It also plans to strengthen its sales network and raise production capacity in an effort to reduce the waiting time on the existing product range.

The company which currently sells three models in the country is focusing to prepare a mid-sized multi-purpose vehicle (MPV) for the market. The carmaker expects the market to recover from the Covid-19 impact from the festive season this year. “We are right now focusing on SUV and MPV segments and as part of that we are looking at the feasibility of some kind of an MPV," said Kia India executive director and chief sales and business strategy officer Tae-Jin Park as reported by PTI. Currently, Kia sells Carnival in the premium MPV segment.

Regarding launching an electric vehicle in the Indian market, the company said that it is closely studying the market scenario as the the government is focusing on bringing more electric vehicles in India. “We are analysing what kind of an EV can be launched in this market. We have not finalised it yet but we are looking at it," Park said.

Speaking about the current situation of auto sales in the country due to uncertainty caused by the coronavirus crisis, the company believes that industry volumes will be impacted if things remain the same. “We are purely dependent on how much we are able to produce and whatever we are producing we are able to sell because of the long waiting period on products," Kia India National Head of Sales and Marketing Hardeep Singh Brar was quoted as saying.

The brand also wants to reach smaller towns now with its increased production, added Brar. He also added that the company is focusing on increasing manpower and logistic capability. “Semi-conductor supply is a question mark so if that is solved in the next couple of months; we will be able to increase the production by July. We are ready to go ahead in the next few months," he said.

The brand’s Anantapur-based plant has a production capacity of three lakh cars per annum. In terms of expansion, the company plans to have 350 dealerships this year, especially to increase the network by 50 odd outlets in Tier three, Tier four areas.