It's a company not yet renowned for premium automobiles, but that could all change very quickly, especially if Hyundai's latest concept car is a true glimpse into what it has planned for its future models.
By : AFP
| Updated on: 13 Aug 2015, 02:57 PM 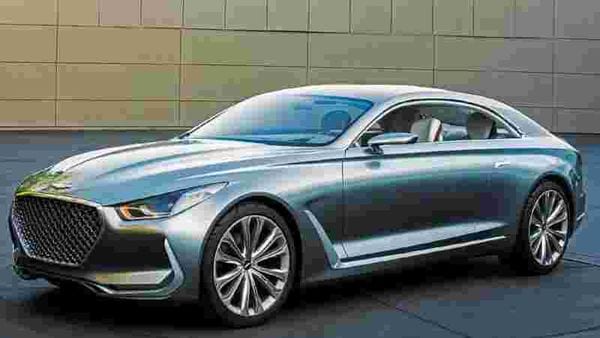 The car offers a clear idea of the company's ambitions. Photo:AFP

It's a company not yet renowned for premium automobiles, but that could all change very quickly, especially if Hyundai's latest concept car is a true glimpse into what it has planned for its future models.

The Vision G Concept Coupe, unveiled to a select group of invited guests at the Los Angeles County Museum of Art ahead of its official reveal at Pebble Beach this weekend, is a car that oozes class and manages to avoid ostentation.

'The concept was designed with coordinated input from Hyundai design studios around the world, but was led by our team here in the U.S.,' said Peter Schreyer, Hyundai's president and chief design officer. 'The design is our interpretation of the idea that Hyundai breathes into all of its vehicles -- a DNA that balances design and performance with the idea that you don't need to be over the top in terms of glitz and stereotypical luxury cues.'

Instead, the designers focused on the term 'chivalry' as a touchstone for aesthetic decision making. Therefore although the car's lines are strong, they flow gently rather than aggressively and particular focus has been paid to the cabin.

'After all -- and if all is right in the world -- the only time an owner sees the exterior of the car is when it's standing still,' said Christopher Chapman, head of Hyundai's US design center and leader of the coupe's design team.

The way in which both Hyundai and fellow Korean brand Kia have gone about developing and improving every aspect of their vehicle line-ups over recent years -- from brand perception to design and reliability -- is nothing short of remarkable.

The latest JD Power Initial Quality Study, published in June, highlights the huge lead these companies have built over their competition in the US market in terms of reliability.

'For so long, Japanese brands have been viewed by many as the gold standard in vehicle quality. While the Japanese automakers continue to make improvements, we're seeing other brands, most notably Korean makes, really accelerating the rate of improvement. Leading companies are not only stepping up the pace of improvements on existing models, but are also working up front to launch vehicles with higher quality and more intuitive designs,' said Renee Stephens, VP of US automotive quality at JD Power, in response to the study's findings.

And now that Hyundai has built such a strong foundation, mounting a challenge in the premium automobile segment should be relatively easy, especially if the cars it produces take a cue from the Vision G Concept Coupe.