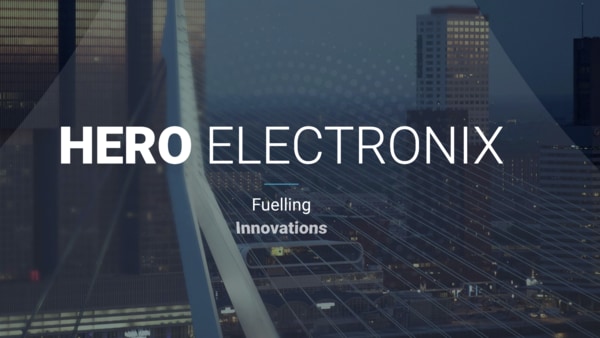 “We will be entering the automotive segment soon… and also going international in emerging markets of the Middle East, Africa, Europe…we will probably partner with telecom companies to do that," Rajpal said in an interview.

Hero Electronix launched its consumer electronics brand Qubo in September, by introducing a range of artificial intelligence (AI)-connected smart devices in the home automation space. Since then, the company has been building digital solutions for the consumer and has set itself a target of touching 1 million homes in the next five years.

The company has already invested 60% of the $100 million investment outlay as part of its expansion plans, Rajpal said. “In Qubo alone, we have invested about ₹100 crore so far," he said.

The company earlier said that its vision is to be a billion dollar global digital products and solutions enterprise. Its approach is to build technology-focused businesses and partner with entrepreneurial teams with business knowledge and engineering-led differentiation.

Hero Electronix has been strengthening its portfolio by acquisitions. It acquired leading set-top box brand MyBox in 2015. A year later, it acquired semiconductor chip design company Tessolve and in 2018 it acquired Zenatix, a company in the enterprise internet of things space.

This year, the company will expand across key metro and non-metro cities in India, both via online and offline retail outlets. “We are already present in 60 retail stores now and we aim to touch 200 by end of January," Rajpal said.

Some of Qubo’s current products in consumer electronics include the smart indoor camera, smart gas sensor, smart smoke sensor, smart door/window sensor, and a smart plug. Each of these devices is being designed in-house by its team of more than 2,000 engineers. “The typical time for a hardware product to launch in the market is at least 18 months…so we have invested more than two years in research and development of products that harness leading edge technology such as AI to solve for consumer needs," Rajpal said.