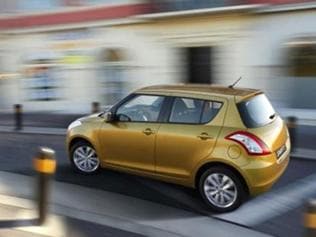 In the next two years, India may well become the world's largest market for diesel cars.

The cur rent list topper, Germany is among European countries, along with France and UK, that are contemplating stringent policy measures to curb sale of diesel cars.

The share of diesel cars in India's domestic sales stood at 52% in 2014. In the last few months, the fuel has lost some sheen due to the deregulation of diesel price and measures such as a ban on 10-year-old diesel cars plying in Delhi. However, the introduction of small diesel engines and a proliferation of popular compact SUVs may well spark a revival in demand.

Last year, only Germany was ahead of India in diesel car sales (see table). It is already the hub for Japanese companies such as Honda and Suzuki for developing diesel engines.

"We have witnessed a growth of 9% from January to June 2015 in diesel car sales," said Rakesh Srivastava, senior vice president, Hyundai India. "We are sure this momentum will continue. We have diesel engineering excellence... offering multiple diesel powertrain options (in hatchback, sedan and SUVs)."

Indian car-buyers tend to be biased towards diesel, especially in specific segments like utility vehicles and SUVs that are generally run for longer distances than hatchbacks and sedans.

"India has a fair share of diehard diesel fans. In UVs and SUVs it would continue to be the preferred option," said RS Kalsi, executive director, Maruti Suzuki. "The basic calorific value of diesel is more, so it would always give higher fuel economy, a key factor in India. The parity on petrol and diesel prices is also very fluid. It was ` 12 per litre a few months back and now it is ` 16 per litre (in favour of diesel). Any change always plays a role."

Environmentalists fear that a spike in demand for diesel cars could aggravate the existing air quality problem. A WHO report last year said Delhi had the worst air quality in the world, with 10 times more than the permissible upper recommended limit for suspended particulate matter.

The report also said 13 of the top 20 most polluted cities in the world are in India.

"It is now a general consensus that dieselisation is not necessary for efficient fleets. Leapfrogging to other cleaner technologies are being considered worldwide," said Parthaa Bosu, India Director, Clean Air Asia. "WHO has classified diesel as a known carcinogen and it contributes to the short-lived climate pollutants (SLCP) and greenhouse gas emissions. We should push a better inspection and maintenance regime for existing diesel vehicles, and try to add cleaner technology — if at all."