With sharper handling and an AMG-fettled engine, Mercedes guns for driving excitement in the world of SUVs.
By : Autocar
| Updated on: 16 Sep 2017, 08:59 AM 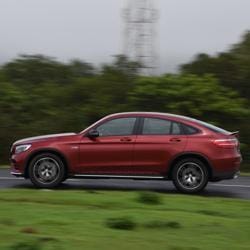 The GLC 43 looks decidedly sportier than the standard SUV.

The GLC Coupe was unveiled internationally in 2015, and it comes to India in its AMG guise and, like its elder sibling, the GLE Coupe, is available only as a '43' version, which means it uses the 3.0-litre V6 petrol that does duty in the other '43 series' AMG cars as well. The AMG 43 line-up for India, includes the likes of the GLC 43 Coupe, GLE 43 Coupe, SLC 43 and the C 43.

The coupe version is well proportioned and styled. The prominent sloping roofline instantly catches your eye and the GLC 43 looks decidedly sportier than the standard SUV. There is a chrome-pinned diamond radiator grille, twin louvered air intakes and a chrome splitter running across the lower edge of the front bumper. The car also has twin five-spoke alloys and what is now Mercedes' signature coupé rear - narrow, horizontally oriented, split tail-lights, a centrally positioned three-pointed star, a sharp spoiler lip and a four-pipe chrome-tipped exhaust.

This car is longer by 80mm and lower by 40mm than its tamer SUV counterpart. Get inside and you'll notice the interiors are typically Mercedes - the seat-shaped electric seat controls, the rounded steering boss and the controller dial semi-encased by the trackpad. There is also a flat-bottomed steering wheel with paddle shifters, and black and grey chequered dials. The display, however, seems like an afterthought, and the steering stalk gear selector is a bit awkward. The sporty interiors follow a black theme and feature red stitching and red seat belts. 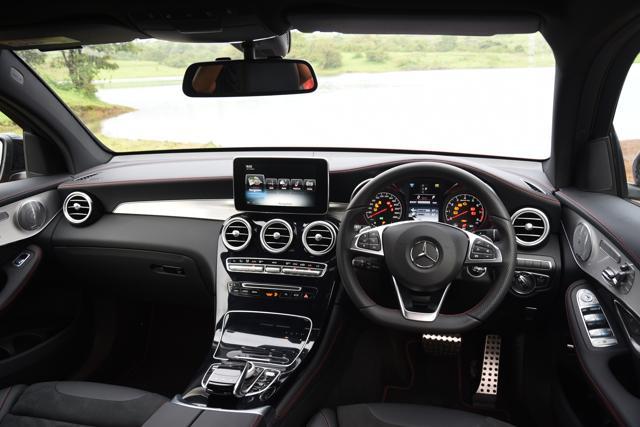 In the front, the seats are quite comfortable, but they didn't hold me as snugly as I would have liked, especially in the fast, twisty sections. Space in the back isn't great (two people can sit comfortably but three might be a squeeze) but despite the sloping roofline, headroom is sufficient. Width and legroom give you nothing to complain about, but the narrow rear windows make it feel a bit claustrophobic. The sloping roofline also eats in the boot, plus there's a space-saver spare that sits on the high floor - so you'll have to choose between your bags or a spare wheel.

Under the hood sits an AMG 43 series V6 petrol engine that puts out 367hp. All that power propels the car to 100kph in a claimed 4.9sec, about a second quicker than the GLE's 5.7sec. The car feels quick and sounds so too. Even in 'Comfort' mode, there is a hint of a rumble and murmur, and Sport and Sport+ modes properly throw life into this engine. 'Sport' is best for some spirited driving, and while Sport+ mode may be the most dramatic, it's safest to use this on an empty road. 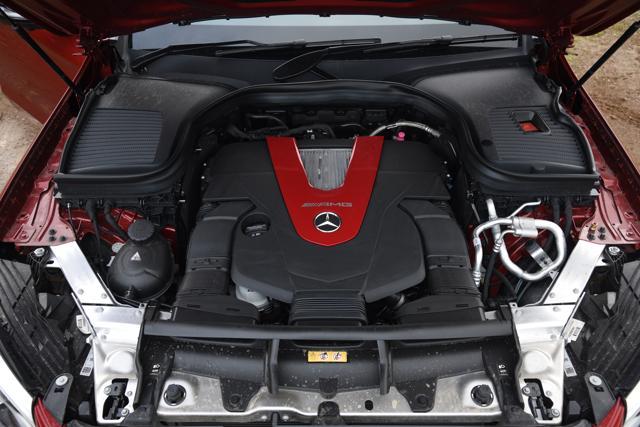 The steering feels nice to hold but even in Comfort mode, it does feel a bit on the heavier side, especially when you're in traffic. Since it's an AMG, the suspension is set up firmer. Ride is on the harder side and rough surfaces feel loud and rumbly. However, thanks to the stiffer suspension, the car is very stable body. The car's air springs allow you to raise ride height when you need the extra ground clearance. 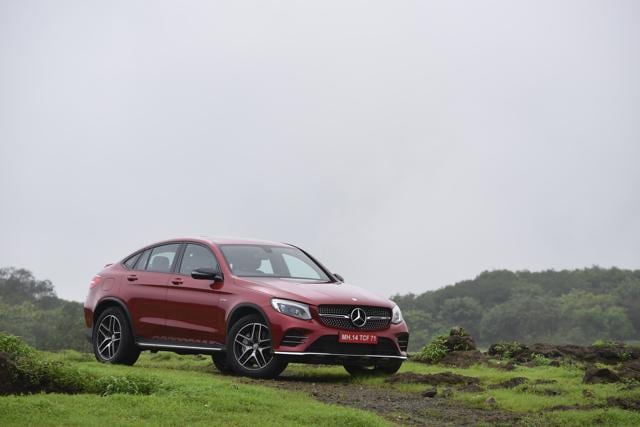 The GLC Coupe doesn't exactly have any rivals in India, but with an ex-showroom price of ₹74.8 lakh, it falls into the same price bracket as Porsche's Macan 2.0. The Merc is decently sized and powered by the same engine putting out identical power figures as the GLE. The steering could have been better tuned and it could have done with a reasonable boot. But apart from this, there is little else to fault. The GLC 43 is fast, sounds good and handling is acceptably sharp. This is a car that makes a good case to the heart and the head.