Home Auto Ferrari Raises The Roof On Its Latest Convertible

Ferrari raises the roof on its latest convertible 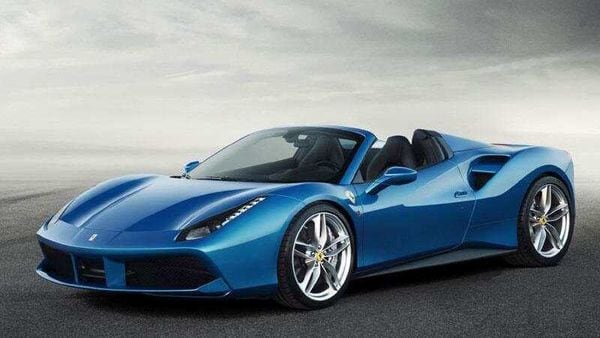 The 488 Spider is the most powerful, technically advanced and aerodynamic V8 drop top in Ferrari's history.

When Ferrari unveiled the 488GTB coupe in February, only one thing could have made it look more impressive -- turning it into a convertible. Six months later, at the height of the European summer, the Italian supercar builder has kindly obliged and the Ferrari 488 Spider is a reality.

Rather than fabric, Ferrari has gone for a retractable hard top for this particular model, which the company claims is actually lighter than a material cover. This hard top -- which can go up or down in just 14 seconds and is therefore the slowest thing about this car -- also means that the cabin will be quieter when the roof's up, letting in less wind roar.

And, for those that want to keep their hair in place, even with the roof down, Ferrari has added a glass air-deflecting window behind the seats which can be raised or lowered.

Even when the roof's in place, this rear window can be dropped for ventilation and to hear that twin-turbo 660bhp V8 mid-mounted engine even more.

But Ferrari hasn't simply cut the roof off the existing coupe version; the car has had to be significantly redesigned to be able to still deliver the same sorts of performance, thrills and spills as its solid-top brother.

The aerodynamics of a convertible are different, and the company has pulled out all of the technological stops to ensure the Spider offers the same responsiveness, agility and road-holding while dialing up the drama thanks to its drop top.

Ferrari claims that this is the most aerodynamically efficient Spider in its long and distinguished history and, as a result, it posts the same 0-100km/h time -- 3 seconds -- as the 488 GTB and a top speed of 203mph (326 km/h), yet, because it is a convertible, Ferrari has made the ride slightly softer, believing, quite rightly, that this is a car that will be spending more time on boulevards and autobahns than on closed circuits.

However, it doesn't mean that the car can't perform when the time comes. With a throttle response time of just 0.8 seconds, there is virtually no turbo lag and, thanks to its set-up, the car is, in Ferrari's words, 'remarkably easy to drive on the limit,' even in more challenging conditions.

The Ferrari 488 Spider will be making its real-world debut at the Frankfurt motor show this September and the car is expected to go on sale in early 2016.