Once shunned for their lower fuel economy and high cost, automatic cars are almost a rage in India now.
By : Hindustan Times
| Updated on: 27 Jul 2015, 10:30 AM 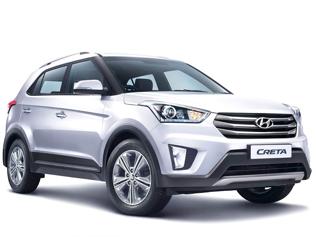 Once shunned for their lower fuel economy and high cost, automatic cars are almost a rage in India now. While the thrifty, middle-of-the-road autogear shift versions were always in high demand, even conventional automatic transmissions, continuously variable transmission (CVTs), as well as expensive direct-shift (DSG) gearboxes are witnessing a renaissance of sorts.

The automatic versions of the recently launched Honda Jazz and Hyundai Creta for example, have cornered a fourth of the overall bookings.

"There has been a significant change in consumer preference towards automatic transmission," said Rakesh Srivastava, senior vice-president, Hyundai Motor India Ltd. "We have seen healthy demand for it in the Verna and in the case of the Creta, almost 25% of our 15,000 pre-launch bookings were for the automatic version."

Rising congestion in cities and improvement in technology are the prime reasons for the rising demand for gearless cars. The surge has also lured companies to launch gearless versions of older cars. Isuzu for example, launched an automatic variant of its SUV MU-7 on Wednesday, while Mahindra is expected to plonk one on the Scorpio and XUV 5OO shortly.

"The full-size SUV volume is around 26,000 units per annum (2014-15), and we expect a gradual rise in volumes for automatic transmission in the future," an Isuzu Motor India spokesperson said. "While the full-size SUV market is predominantly chauffer driven, we see the trend moving upwards with automatic transmission, which enables the customer to drive effortlessly even in congested city traffic conditions."

While in the budget segments, the cost-effective automatic manual transmission (AMT) in the Maruti Celerio, Alto K10 and Tata Zest are popular, at the top-end, enthusiasts are lapping up the otherwise expensive DSG gearboxes in the Volkswagen Polo and Skoda Rapid. The AMT costs about ₹ 50,000 more than the conventional geared version while a DSG is dearer by about ₹ 100,000.

"The rapid DSG accounts for nearly 25-30% of overall sales. This is much higher than what it would have been 5 years ago. With the evolution of the market, automatic cars will see more demand," said Ashutosh Dixit, director, Skoda India. "We would have loved to have an automatic variant for our SUV Yeti as well. There will be many takers." While the overall share of automatic cars in the industry is still below 10%, it is expected to rise four fold to 40% within the next 10 years.