The deal gives Geely a distribution network in Southeast Asia, where non-Japanese brands have struggled. Proton gets a financially strong partner and possibly more advanced technology.
By : Associated Press
| Updated on: 24 May 2017, 03:38 PM 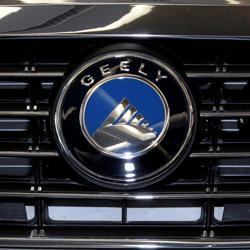 The Geely Automobile Holdings logo is pictured at the Auto China 2016 auto show in Beijing, China.

The Chinese owner of Sweden's Volvo Cars agreed on Wednesday to buy 49.9% of Malaysian automaker Proton, gaining a platform to expand into Southeast Asia.

The deal gives Geely a distribution network in Southeast Asia, where non-Japanese brands have struggled. Proton gets a financially strong partner and possibly more advanced technology.

Proton Holdings Bhd was founded in 1983 by the Malaysian government to create a domestic auto brand. It bought Lotus in 1996. But sales have suffered due to growing competition and a reputation for poor quality and bland models. The company was privatised in 2012 and continued to struggle, with its market share dwindling to 12% last year.

Proton is selling its stake in Lotus to cut losses. The remaining 49% is being purchased by Etika Automobile, which is owned by Syed Mokhtar Al-Bukhary, the tycoon who holds the controlling stake in Proton's parent company, DRB-Hicom, said DRB group managing director Syed Faisal Albar.

Geely is one of China's biggest independent auto brands. Founded in 1986 as a refrigerator manufacturer, it started producing motorcycles in the 1990s and launched its first car in 2002. It bought Volvo from Ford Motor Co. in 2010. 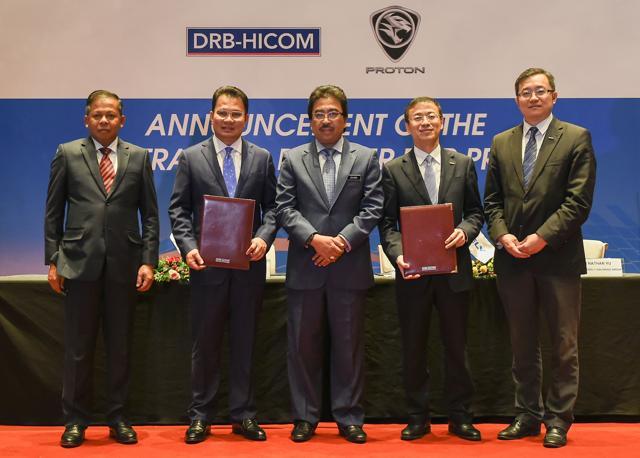 Geely plans to "restore Proton to its former glory with the support of Geely's innovative technology and management resources," said Li. "Reflecting our experience accumulated through Volvo Car's revitalization, we also aim to unleash the full potential of Lotus cars."

He said Geely's target is for Proton to produce 500,000 cars by 2020 for the Southeast Asian markets.

Syed Faisal said Proton will also assemble Volvo cars, and plans to launch Geely's mid-sized sports utility vehicle in the local market. Proton's 10,000 employees will not be affected by the deal, he said.

A final agreement will be signed in July, he added.

Geely also owns the London Taxi Co., acquired in 2013. Last year, it launched a new brand, Lynk & Co., to be positioned in the mid-market between Geely's lower-priced vehicles and Volvo.

The Proton tie-up gives Geely a boost in Southeast Asia, a "very difficult market" dominated by Japanese brands, according to Yale Zhang, managing director of Automotive Foresight, a research firm in Shanghai.

"If you look at US or European automakers who started from scratch there, basically none of them succeeded," said Zhang. "If you want to enter and you have a well-established brand like Proton, then you get access to a relatively popular brand and also a ready distribution channel."

The deal will give Proton "a real chance of making a comeback, a huge one I hope," said Malaysia's second finance minister, Johari Abdul Ghani, who attended the signing ceremony.

Zhang suggested a possible strategy might be to manufacture Geely's latest models under the Proton name.

"The current Geely models are much better than the current Proton models," said Zhang. "The Protons are basically some old Mitsubishi products, very old."