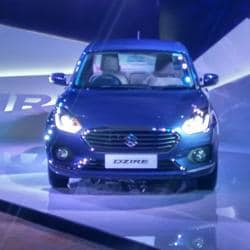 Maruti Suzuki unveiled its new compact sedan Dzire in New Delhi on Monday. The car will be launched on May 16.

Now you can visit your nearest Maruti Suzuki outlet and get one of the first vehicles reserved for yourself at an initial amount of ₹11,000 booking money. Prices and full list of variant-wise features will be revealed on May 16.

First unveiled on April 24, the new Dzire is "not a Swift with a boot, but an independent full-fledged sedan", the automaker emphasised.

The 2017 Dzire looks bigger than the outgoing version, which the company continues to sell to fleet-owners as Dzire Tour. Yet, it's just under four metres in length, 40mm wider and shorter in height 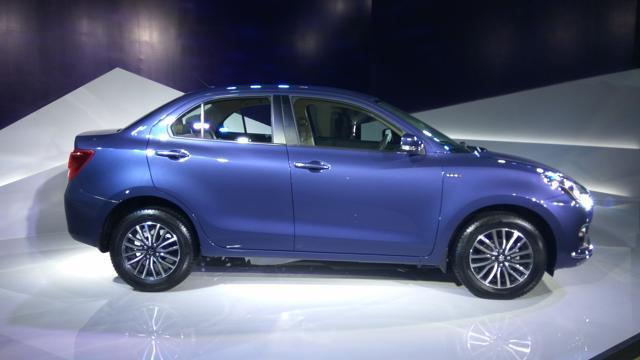 The new Dzire comes with all contemporary family sedan features, amid rise of new rivals such as the Tata Tigor, Ford Figo Aspire and the new Hyundai Xcent launched last month.

It gets the same 1.2-litre K-series petrol and the 1.3-litre DDiS diesel engines. Maruti Suzuki now offers five-speed manual and Auto-Gear Shift AMT gearbox options in both petrol as well as diesel.

Since its launch in 2008 and through a sub-four-metre makeover in 2012, over 13 lakh units have been rolled out of Maruti Suzuki's factories.

Maruti Suzuki is now accepting bookings at any of its over 2,000 showrooms across the country. The car is available in three new shades -- Oxford Blue, Sherwood Brown and Gallant Red, besides the regulars -- Magma Gray, Silky Silver, Arctic White.

Wait for May 16 for prices and full list of features.

Till then, click here to read five key new features that caught our attention in the updated Dzire.