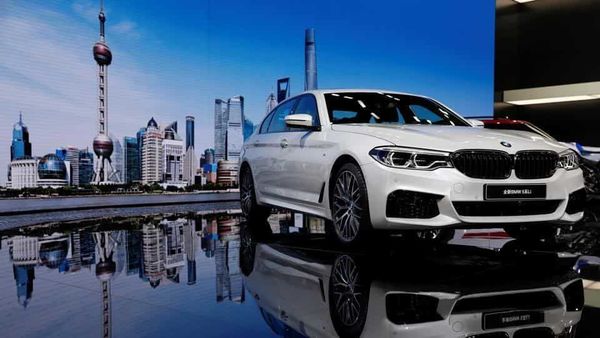 The BMW 5-Series at the Shanghai Motor Show. The new executive sedan was launched in Mumbai on Thursday.

BMW has pit the new 5 Series against the new Mercedes-Benz E Class, the Audi A6, the Jaguar XF, and the new entrants in the league -- the Lexus ES and the Volvo S90, all of which are priced from ₹52 to 75 lakh.

BMW started making the new 5 Series at its Chennai plant on June 13. The Chennai plant has an annual production capacity of 11,000 units

Here are highlights from the launch:

Former cricketer Sachin Tendulkar says, "I loved driving the new 5 Series in London, especially its muscular looks and the intelligence. Features like gesture control and the touchscreen key are mesmerising and even my kids were amused by the sheer technology this new car offers." 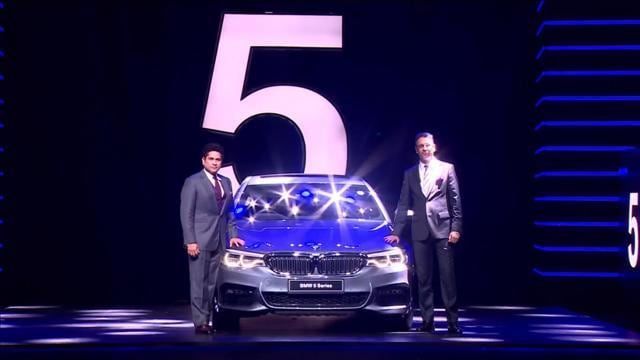 • Sachin Tendulkar drives in the new 5 Series on to the stage. Vikram Pawah reveals the prices, effective July 1:

• The heads-up display in select variants is larger than the outgoing variant, and the rear passengers get two 10-inch touchscreens for personal infotainment.

• "The new 5 Series is 70 kg lighter than its predecessor, and you will feel it even at the steering wheel. There's noticeably more headroom and shoulder room, and an increased boot space of 400 litres," Pawah tells the media.

• The all new BMW 5 Series will be offered in three design packages -- Sportline, Luxuryline and M Sport .

• "We have further raised our commitment to Make in India by increasing the localisation of the BMW cars up to 50%," Pawah says.

• "Although India cannot compete with high volume single premium markets yet, we believe the future belongs to India. We will create a great future for BMW Group in India," Pawah says on global premium car scenario vs in India.

We are very emotional when it comes to our cars, but we are also emotional about our strategy," Pawah says, as he goes on to explain the company's growth over the last decade.

• Pawah says, "Ever since its foundation in 1916, BMW has shaped the future of mobility. 100 years of BMW mean 100 yeas of forward thinking." 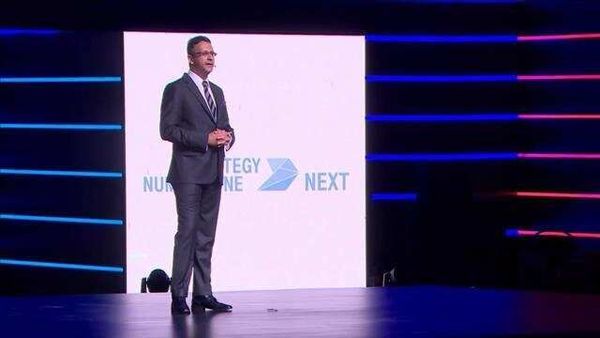 • BMW's Abhay Dange welcomes the president and CEO of BMW India Vikram Pawah to the stage. "I'm also excited to take the reins of the three brands of the BMW -- BMW, Mini and BMW Motorrad," Pawah says.

Guinness-world record holder performance group Three Run takes the centre stage to kick off the launch. The troupe has featured in movies such as Casino Royale and Harry Potter. 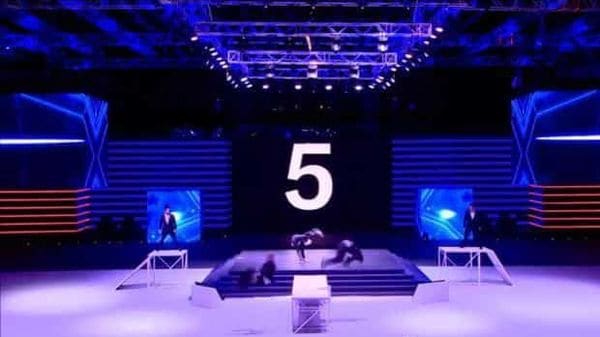 • This is the seventh generation of the BMW 5 series. It was first launched in 1972 and contributes as high as 30% of BMW's sales in India.