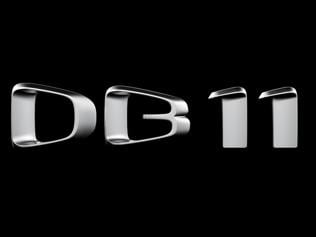 The Aston Martin DB11 could replace the DB9, introduced in 2003. Photo:AFP

The next Aston Martin will be presented in 2016 and it will be called the DB11, according to the British manufacturer.

Along with the announcement comes a logo for the DB11.

Though numerically it succeeds the DB10 coupé, custom-made for December's James Bond film 'Spectre,' the DB11 looks a little further back for its inspiration.

Aston Martin namechecked the iconic DB5 and DB9 in its statement to the press, while CEO Dr Andy Palmer casting it as the next step in the ongoing enterprise for the car marque, which was founded in 1913.

'Not only is it a sign of our intention to continue the long line of iconic sports cars that bear the 'DB' moniker -- the very bloodline of our brand -- but it also shows the world our ambitious plan in action,' he said.
'The coming years will see Aston Martin transform not only its entire range of models but also its scale and global presence, and the new DB11 will be central to that success.'