Home Auto News As Tata Motors Shifts Focus, Is It End Of Road For Manza?

As Tata Motors shifts focus, is it end of road for Manza?

Has Tata Motors pulled the plug on its full-sized sedan Manza, the company’s first serious attempt to shed the ‘taxi cab’ image of its cars?
By : Hindustan Times
| Updated on: 17 Jul 2015, 10:37 AM 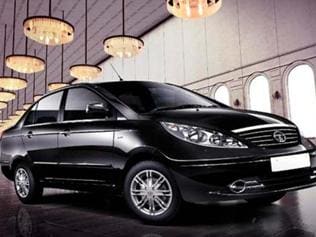 As Tata Motors shifts focus, is it end of road for Manza?

Has Tata Motors pulled the plug on its full-sized sedan Manza, the company's first serious attempt to shed the 'taxi cab' image of its cars?

The company is learnt to have told dealers in Delhi to not accept bookings for the Manza, and instead divert the customer towards the firm's new model, the Zest. Tata Motors has not produced a single Manza in the last 2 months, though officially it did not admit it has discontinued the car.

"We have not sold a single car in this year so far, and the company has told us not to accept bookings for the car," a Tata Motors dealer based in Delhi told HT. "We don't even have a car for test drive. Manza is history."

The feature-rich car was first launched in India in October 2009, and promised better refinement. After the first couple of years, it struggled against increasing competition.

"At that price, the Manza offered decent value and you cannot fault Tata Motors for not having tried," said Pradeep Saxena, executive director at TNS Automotive, an independent consultancy and research firm. "It got stuck in a Catch-22: The individual customer won't buy it as Tata was perceived as a taxi brand, and fleet owners preferred the cheaper Indigo (compact sedan). Its phase-out was expected."

Launched as the Indigo Manza, the company dropped the Indigo moniker in 2011 to create a distinct identity for the Manza. In the last two years, it struggled in a sedan market flooded by sub 4-metre cars such as Maruti Dzire, Honda Amaze and Hyundai Xcent. Its sales in 2013-14 was just 2,522 units, which fell 48% in 2014-15 to 1,311 — less than a tenth of the Dzire's monthly sales.

The Manza's end may be the beginning of a makeover of Tata's product range: the Vista and the Indica too may be phased out, and focus shifted to the Zest sedan and small car Bolt. Another sedan and a compact car based on the Kite platform are expected later this year.

"I would assume Indica's time is up as well. It will work in the company's favour to create a clean break from the past and start afresh," Saxena said.