Aiming for all-electric car fleet in India by 2030: Piyush Goyal 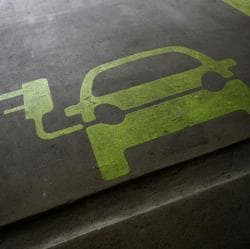 A sign is painted on a parking space for electric cars inside a car park in Hong Kong January 29, 2012.

Union Power Minister Piyush Goyal on Monday said the world is moving towards electric vehicles and the government is working on a road map to ensure all-electric car fleet in the country.

The minister further said that although hybrid cars have cut down the fuel consumption a little bit, India will promote electric vehicles because it is the future.

However, he admitted that it may take a little longer to replace existing petrol and diesel vehicles in the country.

"Only electric car by 2030...existing cars may take a little longer to replace. But the government is working on a framework to see what we can do on promoting electric vehicle. Niti Aayog is currently tasked with preparing futuristic vision for electric vehicles," Goyal told reporters at a FICCI event.

On certain coal mines being shut down, he said, "I have informed the House (Parliament) that any unsafe mine will be shut."

On another round of coal mine auction being planned by the government, the minister said,"We may possibly make it more simplified framework. But there is no change in the fact that we will only give out coal blocks by auction to private sector and to public sector we can do allotments."

On the GST for equipment used for solar energy like wire or storage batteries, he explained that the all those equipment will get input credit which would ultimately result in total tax incidence of 5% on the renewable source as announced by the government earlier.

About the PSU ETF Bharat 22, he said, "Shareholding of government in NTPC has been moved to exchange-traded fund Bharat-22. It is a wonderful move. It will help the government garner resources while keeping the public sector character of company intact. It is a win-win situation."

Goyal also said that during this year around 1.2 crore more subscribers were enrolled in the Employees Provident Fund system amid some claiming jobless growth in the country.