Buyers in Japan agreed to pay a premium of $185 per ton above benchmark London prices for the coming quarter, the highest in six years.One reason behind the hike in Japan was high levels of overseas spot premiums.
By : Bloomberg
| Updated on: 12 Jun 2021, 05:11 PM 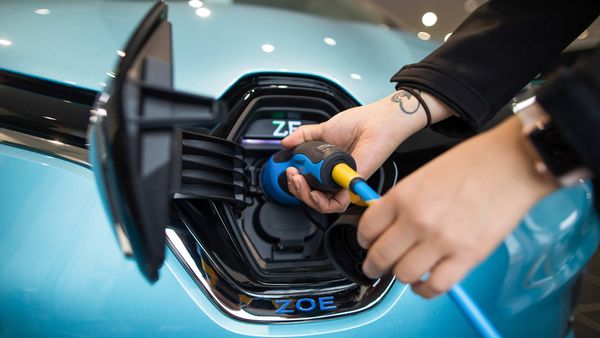 To understand why everything from a can of beer to an electric vehicle is likely to get pricier, negotiations over aluminum fees in Japan provide a vivid lesson.

Producers of the lightweight metal are increasingly calling the shots in pricing talks with Japanese buyers, as demand climbs amid a tightening global market driven by economies recovering from the pandemic. In a dramatic shift from a year ago, customers rushing to secure supply are left with far less haggling power, leading to ever-higher fees.

Buyers in Japan agreed to pay a premium of $185 per ton above benchmark London prices for the coming quarter, the highest in six years, according to five people familiar with the matter. That’s more than double the level seen a year earlier, when demand suffered due to the global coronavirus outbreak.

Further, in a sign of how clearly the sellers have gained the upper hand, the negotiations involved a rare notice from a producer saying that if its initial offer wasn’t agreed to, the price would be raised, according to three of the people who asked not to be identified because talks are private. Typically, producers present their highest prices at the start of talks and gradually lower their offer as they seek deals.

“Japanese buyers seem to have had to accept the higher premium to secure enough supply, because otherwise ingot would be diverted to other countries," said Takeshi Irisawa, an analyst at Tachibana Securities Co.

What happens in Japan matters. The nation is Asia’s biggest aluminum importer, and the premium for shipments it reaches each quarter over the London Metal Exchange price sets the benchmark for the region. The higher costs can be passed along several months later to users such as automakers, Irisawa said.

The changing tone of negotiations comes amid a commodities boom that has lifted prices of everything from coal to glass and steel rebar to record highs. Alcoa Corp.’s chief executive officer said last month demand for aluminum is “firing on all engines" this year and continues to grow “really, really quickly" in China and the rest of the world.

One reason behind the hike in Japan was high levels of overseas spot premiums, said one of the people, as rates in North America and Europe have climbed to multi-year highs on strong demand. Another person said it’s getting harder to take on additional orders, although tightened supply hasn’t yet caused a major disruption to aluminum products.

Japan’s shipments of aluminum rolled products gained 12% in April, the third straight month of year-on-year gains, aided by a recovery in the autos market, an industry group said last month. Demand from the construction industry has been recovering and capital spending on railroad cars has also restarted after being stalled due to the pandemic, said another person familiar with the matter.

Japan came to import much of its aluminum ingot after domestic firms exited the smelting business because of high electricity costs triggered by the oil price shocks of the 1970s. The auto industry is the biggest customer in Japan for finished aluminum products. The metal is also used in products from window frames to airplanes.

The latest negotiations in Japan are in stark contrast to those a year earlier, which took longer to reach an agreement. Demand for the metal dried up during the pandemic, with buyers agreeing to pay the lowest fee in more than three years.

With economies on the rebound, particularly in China, premiums on aluminum shipments have quickly recovered, notching double-digit percentage increases in four consecutive quarters. Settlements are being reached much earlier ahead of the start to each quarter as buyers -- facing few options -- rush to conclude talks.