The YZF-R15 platform from Yamaha is used by the bike maker to spawn out a range of products that are primarily aimed at developing markets.The newly introduced moped gets the same 155cc engine that has been borrowed from the popular YZF R15 V3 motorcycle.
By : HT Auto Desk
| Updated on: 20 Mar 2021, 02:07 PM 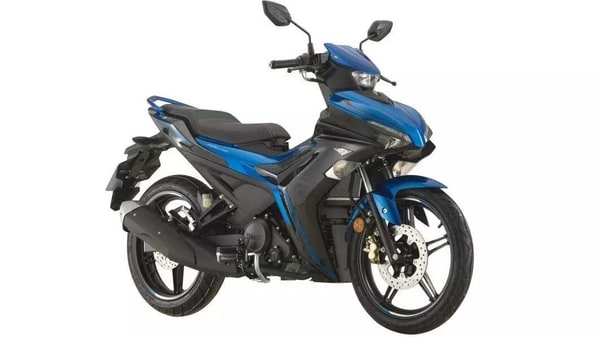 Yamaha R15-based Y16ZR is limited to the Malaysian market currently,

Yamaha has introduced a new R15-based Y16ZR moped in the Malaysian market. The moped has been priced at RM 10,888 (approximately ₹1.91 lakh) in Malaysia. The same was also introduced in Vietnam in 2020 where it is called Yamaha Exicter.

The YZF-R15 platform from Yamaha is used by the bike maker to spawn out a range of products that are primarily aimed at developing markets. Previously, YZF R15-based new Aerox 155 scooter was introduced by Yamaha in Indonesia.

The newly introduced moped gets the same 155cc engine that has been borrowed from the popular YZF R15 V3 motorcycle. The engine benefits from the VVA technology which as per the company helps in delivering a stronger top-end power delivery. This engine is known to deliver 17.5bhp of maximum power and 14.4Nm in the Y16ZR. For the record, the same engine delivers a similar 18.3bhp and 14.1Nm in the R15 motorcycle. The moped gets a six-speed transmission along with assist and slipper clutch.

The moped also comes with a slew of modern features such as full-LED lighting, VVA activation, and a full LCD console that is used to display information like speed, RPM, operational gear, and more. In addition to that, the two-wheeler also gets a 2V charging socket and Yamaha Smart Lock with call back function and immobilizer and a 5.4-litre fuel tank.