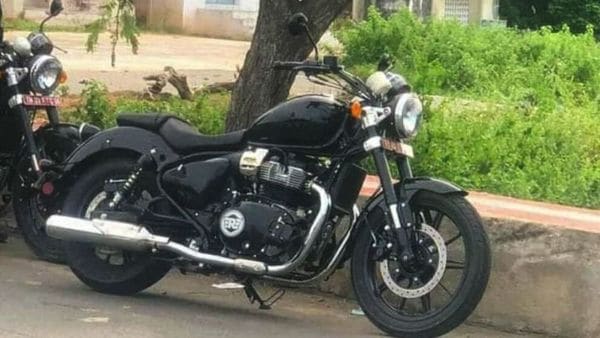 The 650 cc cruiser from Royal Enfield would come out to be a rival to the likes of the Kawasaki Vulcan S.

Royal Enfield is gearing up to roll out a slew of new products in the Indian market soon. After the new Meteor 350 and the new-gen Classic 350, the Chennai-based bikemaker's next product could be the 650 cc cruiser that was also spotted on tests previously.

Needless to say, the cruiser would come out to be the most premium offering in the company's lineup and will be a rival to the likes of the Kawasaki Vulcan S.

The company may unveil the new 650 cc cruiser at the upcoming EICMA 2021 in Milan, alongside several other products that are bound to go on sale in India.

The bike may also share the same engine platform as the existing 650 Twins (Continental GT650 and Interceptor 650). While it may be named Shotgun 650 as the company has already registered the name and it fits the bike's overall character, but a BikeWale report also suggests that the brand might also consider naming it ‘Super Meteor’. The name isn't new to the brand as it was previously used back in 1970's.

Apart from this, Royal Enfield could also unveil the new Scram at the international motor event. The new Scram could come out to be the more road-biased version of the Himalayan adventure bike. In addition to that, the company also has a scrambler-oriented motorcycle in the lineup that will share the same platform as the new Meteor 350. It is likely to be named Hunter 350. More details will be rolled out soon in the future.