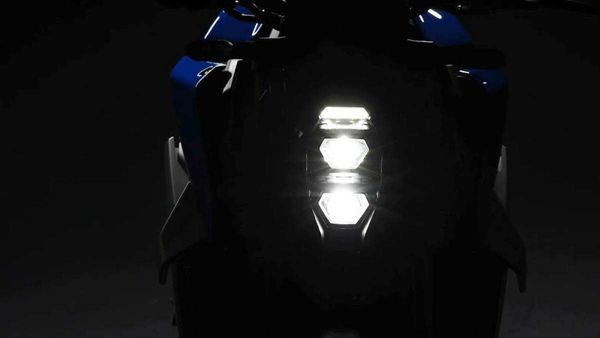 The updated Suzuki GSX-S1000 gets an aggressive appearance with the restyled headlamps and winglets.

Suzuki has revealed the upcoming new GSX-S1000 in a new video on its official social media channels. The video gives a glimpse of the upcoming litre-class street naked motorcycle, which is scheduled for global unveiling on April 26, 2021.

The new GSX-S1000 is expected to be priced more than ₹12.60 lakh (ex-showroom, Delhi), the price tag of its predecessor model. The motorcycle is likely to go on sale in India soon after its international market launch. However, there is no confirmation yet from the Japanese brand.

As the video shows, the upcoming new GSX-S1000 gets fresh styling that includes new vertically stacked headlamp, updated aerodynamic winglets for improved downforce, a large fuel tank. Expect the tail section of the motorcycle to receive a fresh design as well.

The Japanese automobile giant has been tight-lipped about the new GSX-S1000 so far. It is expected to get a host of features. However, we have to wait a few more days to learn more about them.

Speaking of electronics, the new GSX-S1000 could get IMU-assisted traction control, cornering ABS and other technologies as well. These functions could be accessible via a new TFT screen.