India-bound Triumph Tiger 850 Sport revealed: All you need to know 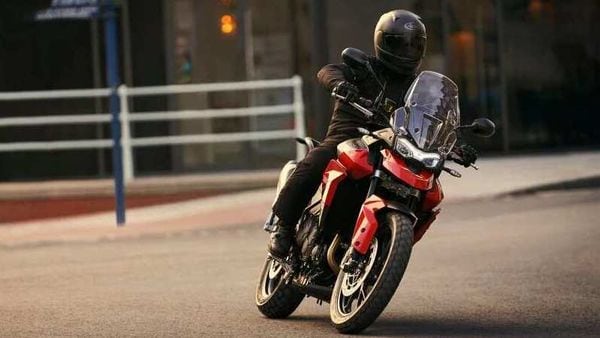 Triumph Tiger 850 will be introduced in India by the first quarter of 2021.

The new Tiger 850 Sport gets the company's acclaimed 900 cc triple engine platform which is found on the current Tiger 900 series of motorcycles. The company says that the bike features high-spec equipment and technology which has been tailor-made for riders who prefer a more manageable performance at a lower price tag.

The Tiger 850 Sport is set to be the entry level model in the company's Tiger range. It features the same 888 cc, inline three-cylinder engine found on the existing Tiger 900 lineup. In the new 850 Sport, the powertrain has been tuned to deliver 84 bhp of power at 8,500 rpm which is backed by a peak torque of 82 Nm at 6,500 rpm. The company claims that the engine's outstanding tractability at low rpm is courtesy of the T-Plane crank with its 1-3-2 firing order. The engine comes with slip and assist clutch technology.

Some of the key feature highlights on the bike include its all-LED lighting, a 5-inch full-colour TFT screen, two riding modes - Rain and Road, and switchable traction control. When launched, it is going to be offered with a two-year unlimited mileage warranty and will feature service intervals at 16,000 km.

The company has announced officially that the bike will be introduced as a replacement to the base Tiger 900 XR model. As far as its India launch goes, it will debut in the country by the first quarter of 2021. It will be priced at around ₹9 lakh (ex-showroom) and will be a direct rival to the likes of BMW F 750 GS in India.