In sequel, Revolt RV400 electric bike sold out within minutes once again 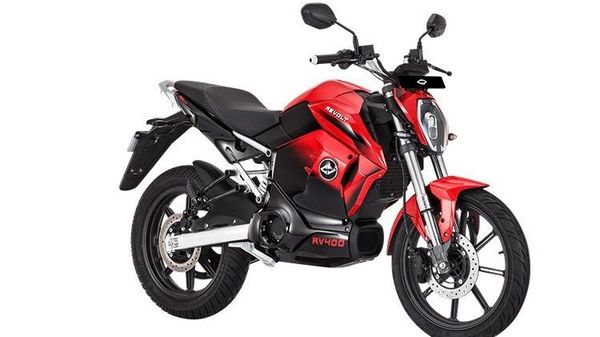 Revolt RV400 has emerged as one of several options in the electric two-wheeler space in the country.

RattanIndia’s Revolt Motors announced on Thursday that it had once again sold out all units of its RV400 within minutes of the second round of bookings being open. The units had also been sold out lightning quick - in two hours - when the first round of bookings had been made available. While it is not known how many units of the bikes were put up in both rounds, HT Auto has reached out to the company and this copy will be updated if and when a response is received.

Capable of running for around 150 kilometres per full charge, the AI enabled RV400 bikes have a 3.24Kwh Lithium-Ion battery. This unit enables the bikes to power to a top speed of 85 kmph. These boast of three riding modes - Eco, Normal and Sport.

The e-bike can also be operated through MyRevolt App, which offers connectivity features such as bike locator/Geo fencing

Revolt Motors is also crediting the sky-rocketing petrol prices for the rising interest in its bikes. "Revolt bikes being sold out within minutes is strong testimony of the product quality of Revolt. With petrol prices reaching upwards of Rs. 100 in the country, it is hard for customers to miss huge savings that Revolt bikes bring," said Anjali Rattan, Business Chairman, Rattanindia Enterprises.

A massive shot in the arm for EV makers such has Revolt Motors is also the slew of subsidy measures announced by various state governments. For instance, Maharashtra has an incentive of around ₹25,000 per bike while the figure is ₹20,000 in Gujarat. Delhi government incentives would bring down prices of electric bikes by around ₹16,000 while Meghalaya has an incentive of ₹32,000.

As such, Revolt Motors states that it is ramping up production to meet with the demand. "We are working round the clock to increase our production capacities even further to cater to this huge demand," said Rahul Sharma, MD at Revolt Motors.