Here are how many Royal Enfield bikes were sold in August

Royal Enfield posted a sale of 45,860 motorcycles in the month of August, against the 50,144 motorcycles sold in the same month last year.Upcoming Royal Enfield bikes in India will include Royal Enfield Scram, Shotgun and more bikes.
By : HT Auto Desk
| Updated on: 03 Sep 2021, 10:46 AM 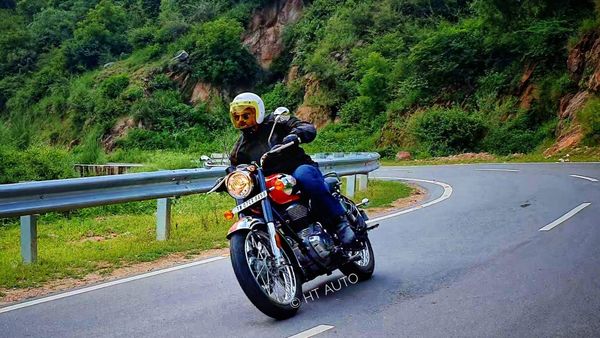 Royal Enfield Classic 350 is one of the most sold premium bikes in the Indian market. (Photo credit: Sabyasachi Dasgupta/HT Auto)

Royal Enfield has announced sales of a total of 45,860 bikes in the month of August'21. This figure includes 39,070 motorcycles sold in the domestic market, and the rest 6,790 bikes exported to the foreign market. The overall sales have slumped by 9% as the company has previously sold 50,144 units in the same month of 2020.

(Also Read: Royal Enfield plants a tree for every motorcycle sold in this country)

The total sales in the domestic market have also taken a hit of 18% as previously the company had sold 47,571 in August'20. In comparison, the export figures have shot up to 164% as the company exported 6,790 last month against 2,573 units exported in the corresponding month a year ago.

The Chennai-based retro bike maker has also recently announced the launch of the new-gen Classic 350 motorcycle that has been priced from ₹1.84 lakh (ex-showroom) in India. Read HT Auto's full review of the new Classic 350 here.

In addition to that, the company is also planning to introduce a range of other products in the Indian market later this year. Upcoming Royal Enfield bikes in India will include Royal Enfield Scram, Shotgun and more bikes.