Ducati teases new Scrambler ahead of global debut on October 14 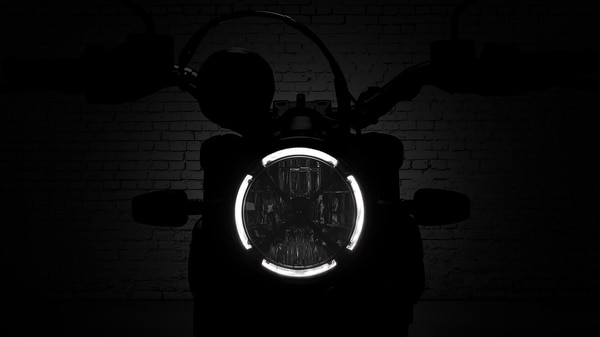 Ducati will reveal the new Scrambler on October 14, days after the Italian two-wheeler manufacturer launched the new Multistrada V2.

Ducati is all set to launch its second motorcycle this season, which will be a new model in the Scrambler range. Ducati teased the upcoming Scrambler on its social media handles. The motorcycle will make its global debut on October 14.

Ducati has not shared much details about the upcoming Scrambler motorcycle. In October last year, it had launched the Scrambler 1100 Dark Pro motorcycle, the entry-level model in the 1100 range. Powered by a 1079cc engine, the bike came equipped with Ducati Traction Control (DTC) specially calibrated for this model, ABS Cornering and the three standard riding modes called the Active, Journey and City.

This is the second launch by the Italian two-wheeler manufacturer this season. Ducati had unveiled the new 2022 Multistrada V2, which is a rebranded version of the Ducati Multistrada 950 motorcycle, on September 30. Among the key changes are an updated V-Twin engine that can deliver 113 hp and 98 Nm of torque. It also gets improved gearbox and clutch besides other small changes. It is also lighter than the Multistrada 950. Ducati engineers have found a way to reduce the weight of the 937 cc Ducati Testastretta engine by around two kgs, while the total weight is reduced by five kgs. (Read full report here)

Mark Your Roots. October 14th - 7:30pm IST.#DucatiWorldPremiere 2022 series continues with the 2nd appointment of the season featuring the Scrambler Ducati "Land of Joy" as protagonist.

Ducati has already teased the upcoming Scrambler DesertX, its new middleweight off-road focused adventure bike, which will officially break cover on December 9 on the last episode of the series. The bike was first showcased in pre-Covid days, back in December 2019, as the Desert X Concept.

The upcoming Ducati Scrambler DesertX is likely to come with a new chassis, dual circular headlights, massive 21-inch front wheel and powered by a liquid-cooled 937cc Testastretta engine which is capable of churning out 110 bhp of power and 93 Nm of peak torque.