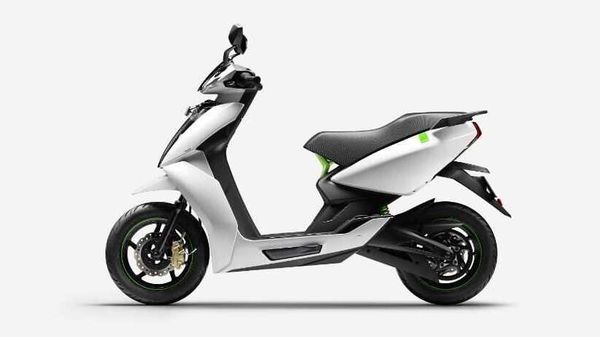 As the Bengaluru-based start-up Ather Energy prepares to start deliveries of its 450X e-scooter, the company has announced that it will roll out the Collector's Edition of its flagship 450X scooter on September 26.

Ather has said that the special Collector's Edition model will be handed over to the customers who were the first to pre-order the 450X. It is the company's way of showing gratitude to the first customers of the scooter.

Ather is yet to reveal the details of the new model. As per the recently introduced teaser, it is safe to expect that the special edition e-scooter will feature a new matte grey paint scheme with red/white graphics and highlights.

The Ather 450X made its debut in January and is available in two variants - Standard and Plus. While the Standard makes 6 kW (around 8 bhp) and peak torque of 26 Nm, the Plus version makes about 7.4 bhp and 22 Nm of peak torque. The range of the flagship e-scooter is claimed to be 85 km. The pricing of the Ather 450X starts from ₹1.49 lakh (ex-showroom Delhi).

Ather has recently announced that the brand will enter Kozhikode by early 2021. It has also announced previously that apart from Bengaluru and Chennai, it will be operational in several more cities by first quarter of 2021 including Hyderabad, Pune, Delhi-NCR, Kochi, Coimbatore, Mumbai, Ahmedabad, and Kolkata.

(Also Read: Refer and win credits: How this e-scooter maker is trying to boost sales)

“The pandemic did disrupt our timelines by a few months, but we have been able to get back on track with our plans. We have also been working very actively with our supplier partners to ensure minimal disruption in the supply chain," said Tarun Mehta, Co-founder & CEO, Ather Energy."