Yamaha's new FZ-X will take a neo-retro approach in terms of its exterior design.With the launch of the FZ-X, Yamaha will have yet another product in its popular FZ series of bikes.
By : HT Auto Desk
| Updated on: 18 Jun 2021, 12:04 PM 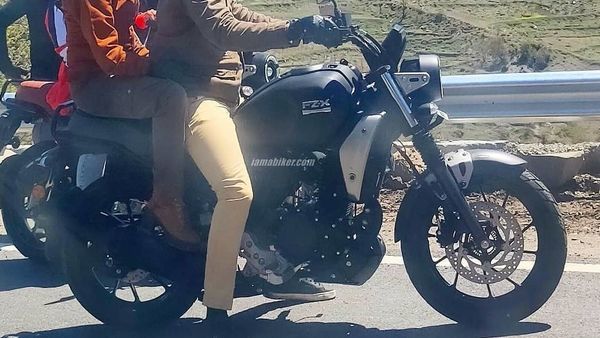 The 2021 Yamaha FZ-X will launch in India on June 18. Image Credits: Surya Dagar

Yamaha Motor India will be launching the new FZ-X motorcycle in the market today (June 18). With the launch of this bike, Yamaha will have yet another product in its popular FZ series of bikes, as the upcoming bike will be derived from the same platform as the current FZ-FI motorcycles.

Previous spy images have revealed the exterior design and styling of the upcoming Yamaha bike, albeit some closer details including the instrument console, features are still under covers.

In terms of exterior dimensions, a previously leaked document revealed that the new FZ-X will outgrow its donor model. It will measure 2,020mm in length, 785mm in width and 1,115mm in height. In comparison, the FZS-FI spans 1,990mm x 780mm x 1,080mm in terms of length, width, and height figures.

The different body design of the FZ-X has resulted in a change in its overall dimensions. Apart from that, the wheelbase will remain identical at 1,330mm.

The FZ-X will take a neo-retro approach in terms of its exterior design. There will be certain classic elements with a modern touch. It will sport an old-school round-shaped headlamp at the front along with fork gaiters and minimal sump protection lending the bike a scrambler-inspired look. Other design highlights on the bike will include its high-raised fuel tank that swoops down gelling in with the rider's seat. There will also be raised handlebar along with mid-placed footpegs, contributing to an upright riding position.

It is likely to be more premium than the existing FZ-FI or FZS-FI bikes. Expect it to start somewhere around ₹1.15 lakh (ex-showroom). More details will be revealed later in the day.