The updated Ninja 300 broke cover earlier this week, although it is yet to be updated on the official Kawasaki India webpage.
By : HT Auto Desk
| Written By : Prashant Singh
| Updated on: 25 Feb 2021, 11:01 AM 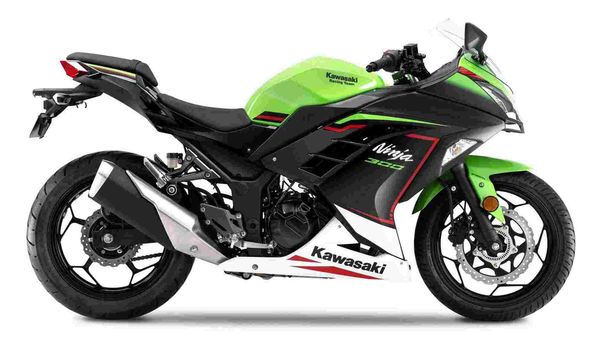 Kawasaki dealerships have started accepting bookings on the newly revealed Ninja 300 motorcycle. The updated sportbike broke cover earlier this week, although it is yet to be updated on the official Kawasaki India webpage.

Apart from the previously announced Lime Green paint, the bike will also be made available in Lime Green/Ebony and Black colour schemes.

Apart from the new paint schemes and updated graphics set, there isn't any major update on the motorcycle in terms of exterior looks. The design features have all been carried over from the previous model. It gets the same twin-pod headlight at the front, fairing integrated front blinkers, a muscular fuel tank, split-style seats, and a chrome heatshield on the exhaust.

While there is no official update on the technical specifications of the motorbike, it likely gets an updated 296 cc liquid-cooled, 4-stroke parallel-twin engine which is now compliant with the latest BS 6 emission norms. The transmission remains the same six-speed unit. The output from this fuel-injected engine is also likely the same 29.0 kW (39 PS) at 11,000 rpm, 27.0 N.m (2.8 kgf.m) at 10,000 rpm.

The bike has also retained equipment and cycle parts from the previous BS 4-spec model. It employs the same telescopic front forks, rear mono-shock, disc brakes on both wheels, and dual-channel ABS.

As far as pricing goes, the dealer sources suggest that the bike will cost somewhere around ₹3 lakh to ₹3.05 lakh (ex-showroom).

The bike maker will soon introduce a new motorcycle that was teased alongside the new Ninja 300 recently. The model name is yet to be confirmed.