Wuhan produced 1.5 million vehicles last year and the city is also home to plants owned by Dongfeng Motor Group's joint ventures with Honda Motor and Peugeot SA, and General Motors' tie-up with SAIC Motor.
By : Reuters
| Updated on: 16 May 2020, 04:26 PM 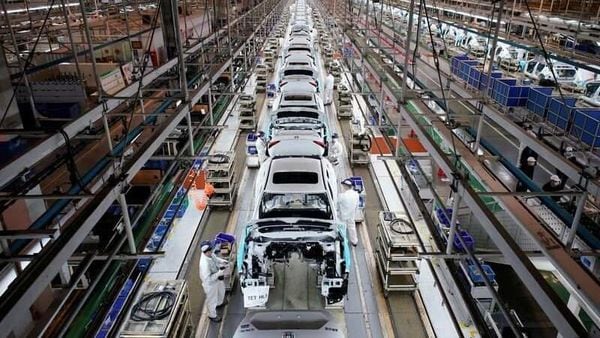 FILE PHOTO: Employees work on a production line inside a Dongfeng Honda factory after lockdown measures in Wuhan, the capital of Hubei province.

China's Wuhan has rolled out consumer subsidies to support local auto and home appliance companies as the city in which the coronavirus first emerged tries to revive its economy after months of heavy lockdowns.

Wuhan authorities will offer 10,000 yuan ($1,415) subsidies to residents who buy locally made electric vehicles, according to a text message sent by city government to citizens on Saturday. A gasoline-fuelled car would attract a subsidy of up to 5,000 yuan.

(Also read: 'Get paid to buy car' is how Chinese cities are luring customers)

Customers who purchase Wuhan-made air-conditioners, water heaters or refrigerators will also receive subsidies. The subsidies are valid until the end of this year, the message, which was seen by Reuters, said.

The city of 11 million underwent a 76-day lockdown and accounted for over 80% of China’s more than 4,600 deaths from the virus, and suffered a 40.5% slump in first quarter gross domestic product from a year earlier.