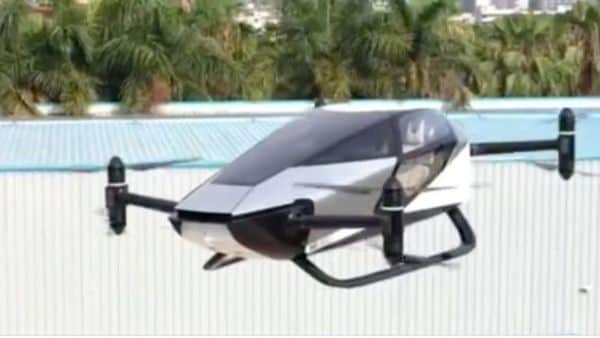 The 1.5-minute video shared by Xiaopeng on Weibo shows the X2 in action. He wrote, "This marks us one step closer to flying cars that are more widely and safely used." In the video, The X2 can be seen operating remotely without any human passengers. The flying car can be seen taking off, flying a distance and then landing safely back on the land.

It weighs 360kg and has a maximum takeoff weight of 560kg. It has a range of 35 minutes and can fly at a maximum speed of 130km/h, CnEVPost reported. The X2 comes equipped with autonomous flight path planning capabilities. It can monitor the ground using its multiple sensors and also gets self-help return to land. Further, its list of features include two-way real-time communication over 100km.

The flying car also has safety design on board such as eight independent battery groups for redundant power supply as well as four axes and eight propellers for multi-motor power backup. It also gets an ejection parachute and 24-hour monitoring system.

XPeng had unveiled a fourth-generation electric flying car - Voyager X1, at the Shanghai Auto Show in April this year. Since then the X1 has undergone over 10,000 test flights and is slated to begin test drives in China by the end of year, Electrek reported. Now, the company has unveiled its latest electric flying car - X2.

With several companies are working on flying cars and building innovative prototypes to take test flights, the fantasy of flying cars is inching closer to reality with each passing year.