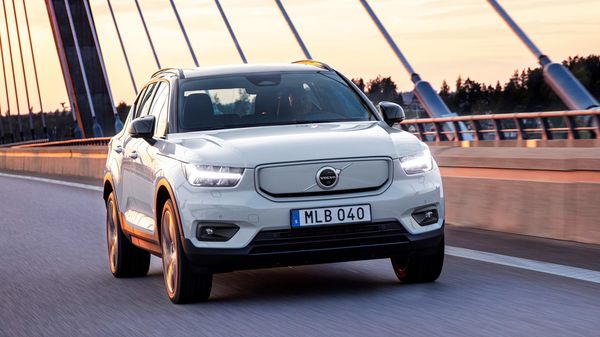 Volvo Car India has informed that the launch of its first fully battery-powered offering - XC40 Recharge SUV, has been postponed to early next year due to a global shore of semiconductor chips. Bookings for the electric SUV have also been deferred.

The carmaker had showcased the XC40 Recharge SUV in the country in March this year and the launch along with first batch of deliveries were scheduled to commence from October this year. However, the global shortage of semiconductors has resulted in the company having to reschedule the production and launch. "Subsequently, Volvo Car India has also decided to defer the bookings... to early next year," Managing Director Jyoti Malhotra said.

Malhotra added that the company will continue to deliver its current line-up of vehicles to customers here. Volvo currently offers petrol variants of XC40 and S60 vehicles in the country and is set to introduce petrol variants of S90 sedan and XC60 mid-size luxury SUV later this year. "We are committed to phase out diesel cars by end of this year," Malhotra said.

Volvo also aims to become a fully electric car company by the end of the decade. The company had also confirmed its plans to launch the C40 Recharge electric vehicle in the Indian market. The XC40 Recharge could offer a real-world drive range of over 330 kilometres. (HT Auto photo)

Volvo XC40 Recharge will come with a claimed range of over 400 kilometres and a certified range of around 335 kilometres thanks to a 78 kWh battery pack at its core. The electric SUV claims to hit 100 kmph in 4.7 seconds and has a top speed of 180 kmph.

When launched in the country, the fully battery-powered vehicle from Volvo will join the electric bandwagon in the luxury segment here and lock horns with rivals such as Mercedes EQC, Jaguar I-PACE and Audi e-tron models.