Volkswagen Transporter T6.1 Sportline gets several updates - both on the outside and in the cabin - for it to appeal to a larger buying audience.
By : HT Auto Desk
| Updated on: 19 Mar 2021, 10:04 AM

One may not buy a transporter van for its looks but the Volkswagen T6.1 Sportline seeks to also add visual appeal to its list of highlights.

The sporty appeal of Volkswagen T6.1 Sportline is primarily thanks to a new set of 18-inch gloss black alloy wheels and red trim additions on the exterior. A reworked suspension lowers the vehicle by about 30 mm and a body kit makes its way in. There is also a roof spoiler, side bars and a more aggressive front fascia.

For an even more sportier touch, Volkswagen is offering the van with an optional Sportline Black Edition which packs in matte black side bars, window tints and Black Edition decals. 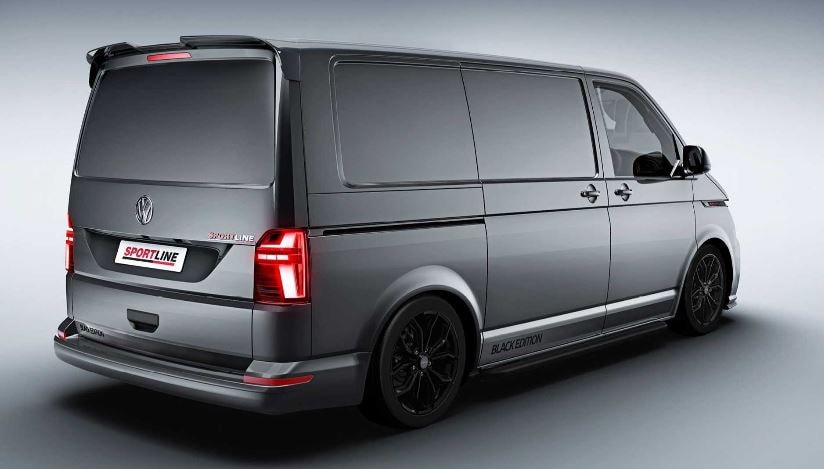 Despite being a transport van, the Volkswagen T6.1 van is capable of hitting 100 kmph in just 8.9 seconds.

All of these give the otherwise boxy van quite a sporty appeal but there's more happening on the inside of the T6.1 Sportline as well.

The seats inside this vehicle are done in Nappa honeycomb leather with suede trim. The front seats offer heating functionality while there is a new sound system as well. If that is not enough, the list of tech has been updated with the addition of a Discover Media nav system and several driver-assist systems.

Safety is taken care of with highlights such as front and rear parking sensors, rearview camera, emergency auto braking, adaptive cruise control , among others.

For all the sportiness of the van, there is no change in what is under the hood. As such, the T6.1 Sportine continues to make use of a 2.0-liter TDI engine which produces 201 hp. This engine is mated to a seven-speed DSG transmission unit which assists the van in sprinting to 100 kmph in 8.9 seconds.

The Volkswagen T6.1 Sportline starts at £42,940 (around ₹43 lakh) and deliveries are slated to begin sometime in July.