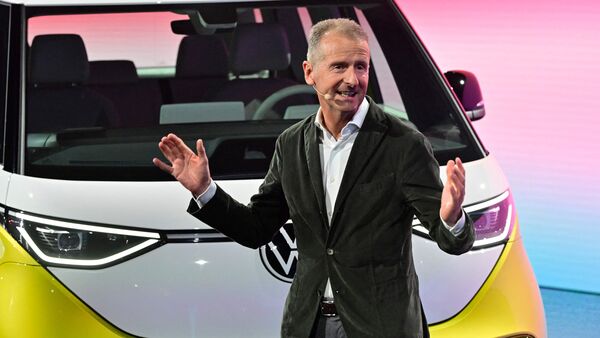 Volkswagen Group CEO Herbert Diess has once again heaped praise on Tesla and Elon Musk, especially calling out the American EV (electric vehicle) giant's fast-paced plans that are continuing to make an indomitable mark in the global automotive space. Diess was also mighty impressed with the 1.2-km long Tesla Austin factory and said it is more than likely to set new benchmarks once fully operational. He did, however, add that to remain competitive against Tesla, the new Volkswagen plant in Wolfsburg is absolutely crucial.

Diess has been an outspoken admirer of Tesla CEO Musk and has often credited him for re-writing the rules of the automotive world. Tesla is the undisputed leader in the world of EVs and its products are gradually catching up - in terms of sales - to conventional cars in a few countries like the UK as well. Most other automotive major brands are playing hard to play catch up with Volkswagen being one of them. “Even if I no longer talk about Elon Musk: he'll still be there and revolutionizes our industry and keeps getting more competitive quickly," Diess reportedly said, as per Reuters. "Elon's new factory - he calls it 'the machine that produces the machine' is impressive: 1.2 km long, 400m wide: all under one roof, no logistics from cell production to the final assembly. Once up and running it will very likely set some new benchmarks."

But here is also where Volkswagen's decision to invest $2.2 billion at its new EV plant in Germany may help in taking the fight to Tesla. "I am so happy that we decided a new plant for Wolfsburg. Without that - no chance to compete."

The Wolfsburg facility for EVs is expected to start operations in 2026 with a per annum production capability of 250,000 units. It is also confirmed that the first product from here would be an electric sedan.

On the other hand, Tesla is working in top gear to bring its Texas facility closer to operation. Model Y crossover SUV will be the first model to drive out from here.