Uber to get 50,000 Tesla electric cars after Hertz deal

The announcement comes after Hertz on Monday said it would order 100,000 Tesla vehicles by the end of 2022, meaning that half of the rental company's Tesla fleet would be reserved exclusively for Uber drivers.
By : HT Auto Desk
| Updated on: 28 Oct 2021, 09:06 AM 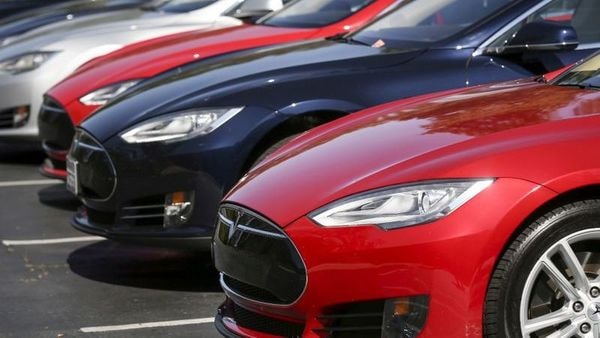 A row of Tesla Model S sedans are seen outside the company's headquarters in California. (File Photo)

Global ride-hailing cab operator Uber is all set to get as many as 50,000 Tesla electric cars as part of its fleet. Uber has announced its tie-up with rental car company Hertz, which recently struck a deal with the US-based EV maker to get at least one lakh Tesla electric vehicles by next year.

Uber has said that it will induct these 50,000 Tesla electric cars as a rental option for its drivers by 2023. The cars can be rented through Hertz from next month in places like Los Angeles, San Francisco, San Diego and Washington DC in the United States. Uber will expand its Tesla fleet for hire to other cities later on.

On Monday, Hertz announced that it will order 100,000 Tesla electric cars by the end of next year. The deal, which is one of the biggest-ever electric vehicle order in history, shot up Tesla's share price and took its market value past $1 trillion. Hertz, which also has a partnership with US-based used car company called Carvana, will share half of the electric vehicle fleet with Uber.

After the Hertz deal, Uber drivers will be able to rent out a Tesla car for as much $334 a week (roughly converted to ₹25,000). For now, Tesla's Model 3 electric cars will be up for rent for Uber drivers. The rental also includes insurance and maintenance of the car. According to Uber, the cost of the rental will go down by around $35 as the program expands in coming days.

Uber's switch to electric cars is a significant move given the ride-hailing cab operator's target of achieving 100 per cent electric cab fleet in US, Europe and Canada by 2030, and globally by 2040. However, Uber has its challenge of finding drivers who can afford to rent electric cars.