Triumph Motorcycles has an aggressive product pipeline for Indian market in the next six months with nine new bike models, including some special editions, slated for launch as the British premium bike maker looks to consolidate its position further in the niche space, a top company executive has said.

Triumph India is hopeful of growing by 20-25 per cent in its current fiscal year, though it may see almost flat sales growth in calendar year 2020 on account of zero business in the first few months of the pandemic.

Triumph India has 16 motorcycles in its portfolio ranging from modern classics to adventure motorcycles, including the iconic Rocket 3R and the recently launched Rocket 3GT.

"We are planning to launch nine new models from January to June, which will include some special editions in our current product range. This will be for the first time that we will be adding special editions in our product portfolio here. And, of course, some of the current products will also go with the regular refresh," Shoeb Farooq, Business Head, Triumph Motorcycles India, told PTI in an interaction.

These motorcycle models include the Trident 660 and new Tiger 850 Sport, which will be adding volumes in the company's overall sales kitty, he said, adding that the company is going to address a completely new segment of the industry.

"So all this put together, we are going to have a very very busy six months from January onwards and somewhere in June we will have a completely new range and much larger portfolio to customers," he added.

The overall premium motorcycle segment has de-grown by around 35-38 per cent in the last 12 months, in line with the rest of industry, he said, adding that people generally tend to defer decisions on purchasing luxury products when the economy is under stress. 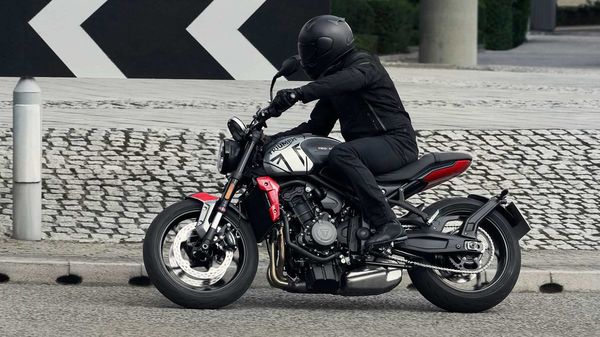 "But despite industry's de-growth, Triumph as a brand has done well. In the last 6-7 months, including the pandemic period, we have done almost the same volumes that we did last year. In fact, starting from July, the volumes have actually grown over by 12 per cent which is a big positive and beating the industry and growing our market share has really given us a very good start post the pandemic," he said.

Premium motorcycle space remains a very niche segment in the over all two-wheeler space, with the 500-cc and above segment clocking sale of around 20,000 units per annum, which is not large, but is growing very fast.

Triumph is looking at a decent growth of around 20-25 per cent in this financial year (July 2020-June 2021) and considering that volumes till November have grown at 12 per cent, the company should be able to achieve the outlook of 20-25 per cent growth for this fiscal, he said

The availability of BS 6 models and their subsequent roll out from January-February onwards, not holding back even during the lockdown, as well as strong product proposition has helped Triumph in achieving this growth, he said.

"Today we have the most robust BS 6-compliant range of 13 motorcycles, which is the largest BS 6 range in the competing industry, which has given us a huge head start and growth," Farooq added. 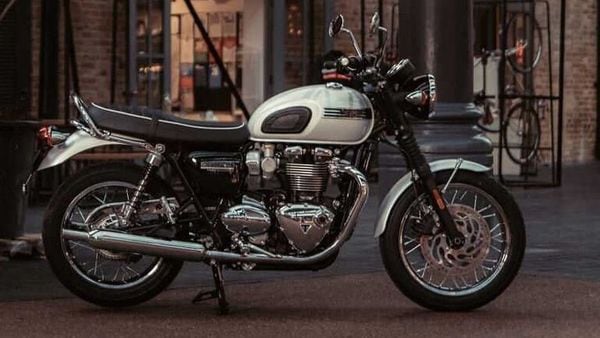 Besides launching the new sport tourer Street Triple RS in April, Triumph has also rolled out Street Triple R, the all-new Tiger 900 and RGT, the touring variant of Rocket 3R, so far this year.

"For the first time, this financial year we will be surpassing sale of 100 Rockets in a year," he said.

Triumph has flagship and leadership positions in some of the segments like adventure space within the premium category, and represents all genres of motorcycles from adventure to urban roadster to modern classics, he said.

The company's strategy is "inside out". It is focusing on what capability Triumph has and what product it can bring in the Indian market to drive its growth, Farooq said.

"We have kind of established ourself as a premium motorcycle manufacturer using the premium end of the industry. Also with the new 650 Triumph platform, we are looking at a new segment and hence additional volume growth for the brand.

"And then in the long-term also our strategy is very clear, how we want to proceed in India with our tie up with Bajaj Auto where a completely new set of products have (been) planned through that partnership which will then start addressing a new industry, new set of customers and a much larger set of customers in India," he said.

Triumph has a very clear roadmap for India. The company is very clear that India is an important market for the brand and has its long-term strategy in place, Farooq added.