World's largest car maker Toyota is recalling around 7,100 units of its executive sedan Corolla in India manufactured between April 2007 and July 2008 to fix defective passenger side airbag supplied by under fire Japanese component major Takata.
By : Hindustan Times
| Updated on: 07 Jul 2015, 03:15 AM 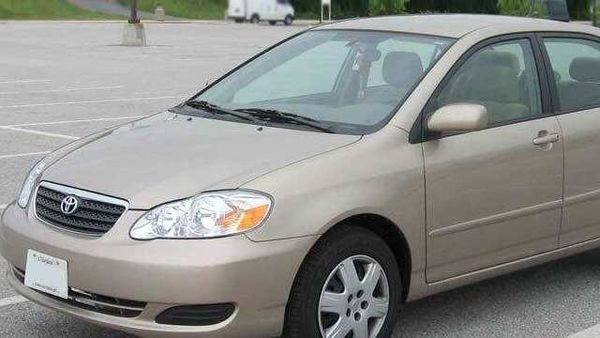 This is the third recall of the Corolla in India within the last 12 months and is linked to Toyota's global recall of 2.86 million cars on June 25. Fellow Japanese firms Honda and Nissan have also recalled cars on numerous occasions to fix the same problem. More recalls are sure to follow.

In May, the company had recalled Corolla vehicles sold in India between July 2003 and March 2007. Last November another recall for 5,834 units was carried out for diesel version of the car made between June 2010 and May 2011 for a separate problem to replace components contributing to engine oil entry into the air intake system.

'As an expansion of the existing service campaign being held voluntarily by Toyota Kirloskar Motor (TKM) and in line with the global recall by Toyota Motor Corporation (TMC), we have announced a special service campaign for passenger side air bag in the Corolla model to be extended to Corolla models manufactured during April 2007 till June 2008,' the company said. 'In addition to that, few vehicles which were manufactured between June 2008 and July 2008 fall under the 7 year mandate of voluntary recall code and for the same, and we will initiate a voluntary recall to inspect and rectify the vehicles. We confirm that no complaints have been received in India so far and this campaign has been extended in line with our global practices.'

The defect that may result in the airbag inflator being deployed incorrectly and with excessive force resulting in metal shrapnel hurtling towards drivers and passengers has resulted in a global crisis with more than 30 million recalls and at least 8 deaths in the US. It is already one of the largest car recalls globally.

India does not have mandatory guidelines for recalling cars but a voluntary code adopted by industry body Society of Indian Automobile Manufacturers in 2012 has resulted in more than 8 lakh cars being recalled till date.