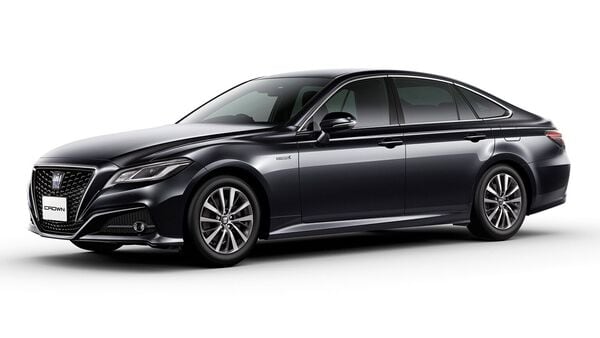 Toyota plans to bring this new SUV car in hybrid, plug-in hybrid and full-electric versions. According to a report by Reuters, Toyota is planning to sell the hybrid Crown SUV next year and this version will be exported to markets such as China and North America. The report added Toyota intends to sell the plug-in hybrid version of the SUV in its domestic market. The fully-electric version of the Toyota Crown SUV may see day's light in early 2024, however, the Japanese automaker is yet to finalise export plans for this version, shared sources.

As Toyota's part of its overhaul plans, the company will also roll out a fully remodelled sedan version of the Crown this year. Both the SUV and the sedan will be manufactured at factories in Toyota City, Japan.

Toyota Crown was the first passenger car that was developed for the company's domestic market. It was entirely manufactured in Japan. This sedan was also the first car that was exported to the United States in 1958. However, after two years Toyota was forced to suspend exports as the Crown engine wasn't capable of the speeds needed on American freeways. Toyota sold more than 2,00,000 units of this sedan in 1990 at the height of Japan's economic boom. Last year domestic annual sales plummeted to 21,000 units.

The plan to bring various versions of this beloved model when developed in SUV form shows Toyota's seriousness towards amping its game in electrification. It had announced earlier that it would invest around $70 billion to electrify its automobiles by 2030.