Toyota Kirloskar Motor said that lockdown in different parts of the country has enhanced the gap between wholesale and retail.
By : HT Auto Desk
| Updated on: 01 May 2021, 12:45 PM 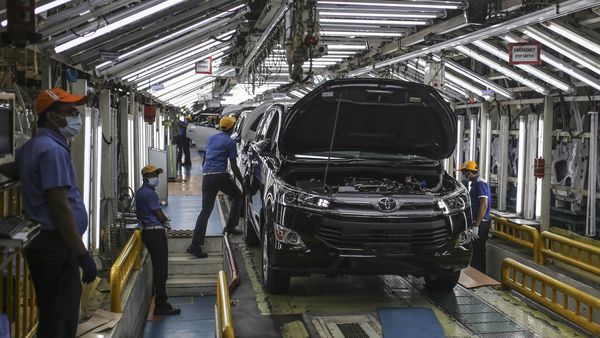 Toyota Kirloskar Motor (TKM) has recorded a sharp drop in sales in April as it could only sell 9,622 units last month. It is almost a 35 per cent drop compared to the previous month when it sold 15,001 units, its highest ever for the month since 2013.

Toyota attributes the sharp fall in sales figures to the Covid-19 surge across India which, according to the carmaker, has contributed to the rising gap between wholesale and retail last month.

Karnataka, where Toyota has its facility located in Bidadi, has been one of the worst affected states by the second wave of the virus with thousands of people testing positive every day, and hundreds dying. Toyota has recently suspended production at its Bidadi facility due to the strict restrictions in place.

Yet, Toyota will be happy with the April sales figures if it compares to the horrors of April last year when none of the Indian carmakers could sell even one product in the entire month due to the nationwide lockdown.

"Despite the challenges, we continue to witness good demand owing to personal mobility needs and the same has helped us clock 9,622 units of wholesales in the month of April 2021," Naveen Soni, Senior Vice President at Toyota Kirloskar Motor, said in a statement.

The company has been able to partially fulfil pending orders by making use of the pipeline finished goods inventory, so as to ensure minimal discomfort to customers, he added. However, lockdown in different parts of the country has enhanced the gap between wholesale and retail, Soni noted.

Toyota's share in the Indian market is largely controlled by two of its most popular products - the Innova Crysta and Fortuner SUV. Earlier this year, Toyota launched the new Innova Crysta and the New Fortuner, as well as the Legender which have further enhanced the brand's popularity among customers.