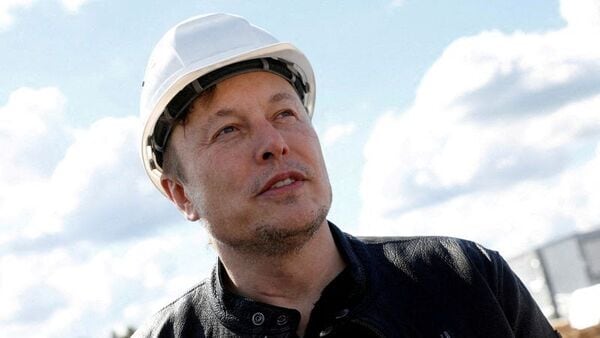 Tesla CEO Elon Musk has said that the electric carmaker needs to cut staff by around 10 percent. (File photo)

Tesla is going to downsize its workforce. Elon Musk, CEO of the world's largest electric vehicle manufacturer, made the announcement today that the company will reduce one tenth of its workforce soon. Elon Musk did not give any specific timeline about when the job cuts are expected. He said the reason behind the job cuts at Tesla is the condition of the economy in United States, which he has a “super bad feeling" about. According to estimates, around 10,000 Tesla workers are set to lose their jobs if Musk decides to reduce workforce by 10 percent.

According to news agency Reuters, Musk sent an email to Tesla executives on Thursday which was titled 'pause all hiring worldwide'. Earlier this week, Musk urged Tesla workers to stop Work From Home and return to office and spend a minimum of 40 hours at work per week. The email, which was leaked in media, read, “Anyone who wishes to do remote work must be in the office for a minimum (and I mean *minimum) of 40 hours per week or depart Tesla. This is less than we ask of factory workers. If there are particularly exceptional contributors for whom this is impossible, I will review and approve those exceptions directly."

Musk also wrote, “The more senior you are, the more visible must be your presence. That is why I lived in the factory so much -- so that those on the line could see me working alongside them. If I had not done that, Tesla would long ago have gone bankrupt."

Tesla currently employs around 99,290 workers around the world. Besides two EV facilities in its home base United States, Tesla has set up electric car manufacturing plants in Shanghai, the business capital of China, and in Berlin, capital of Germany. It is also looking to set up its second EV manufacturing facility in Asia.