Home Auto News This Moon Conquering Concept Rover Is Inspired By A Skoda. Check It Out

This Moon-conquering concept rover is inspired by a Skoda. Check it out 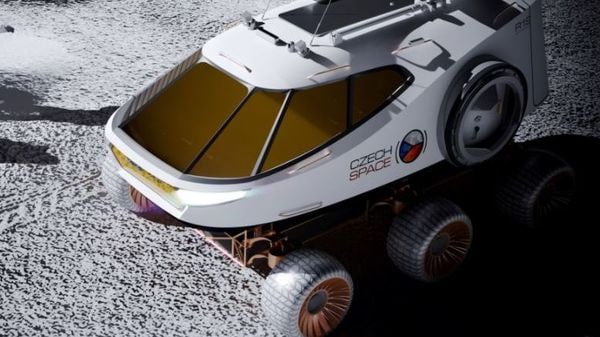 Luniaq has been revealed at the Czech Space Week. (Image courtesy: Xtend Design)

Moon may well be the next bastion of human settlement and mobility on the lunar surface is often seen as the next big challenge in the outwardly ambitions of automotive players. Concepts have come and gone but making its debut is a rover concept that is inspired by vehicles on Earth, especially the Skoda Enyaq electric SUV.

Showcased at the Czech Space Week, the Luniaq is heavily inspired by Skoda Enyaq, a premium electric SUV. Capable of transporting four astronauts on the demanding surface of the Moon. The concept vehicle is equipped with hatch doors on either side which allows it to connect to the space modules. Over at the rear, it gets what the company terms ‘suitports’ and this is covered by a hinged door. Two spacesuits can be attached here and will allow astronauts to directly make their way into these protective gears without any chance of lunar dust entering the cabin. 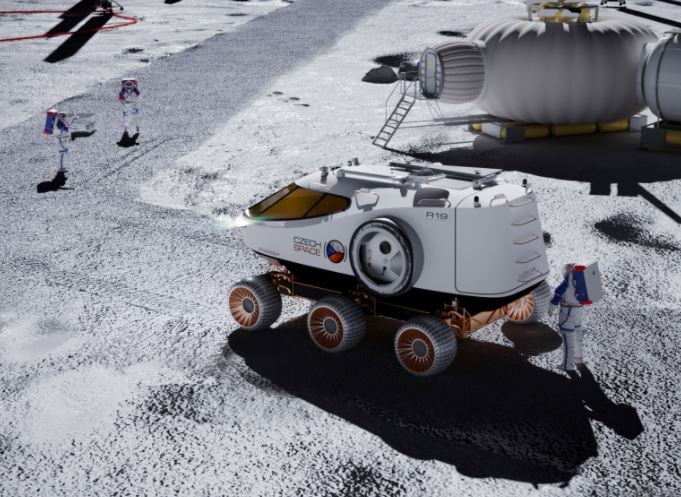 Luniaq has a hatch at the rear which stores two spacesuits.

Electric power for the Luniaq is stored in solid-state batteries which can be charged via UltraFlex solar panels on the roof. These panels unfold into a fan shape and may be charged when the vehicle is both stationary as well as when moving slowly. There are also radiators on the roof of the vehicle as well as antennas for communication.

The inspiration from Skoda Enyaq is perhaps most evident courtesy the large windows of the Luniaq. These are built of transparent aluminium and get polyethylene layers for added protection from radiation. There are windows on the bottom portion of the face which allows the driver to scan the terrain directly in front of the vehicle. There are also stereoscopic cameras to scan the terrain and for 3D imaging.

Tomas Rousek, the chief designer of Luniaq, says the concept rover is aimed to showcase what the future of automotive engineering is all about. “Sustainable development could enable us to keep progressing forward and extend the biosphere to other places in space. We would like to inspire people on how we could continue to progressively develop our technologies and one day live and drive in places other than Earth," he explains.