The auto driver has also installed two mini coolers and fans inside his vehicle to beat the Delhi heat.
By : HT Auto Desk
| Updated on: 02 May 2022, 05:53 PM 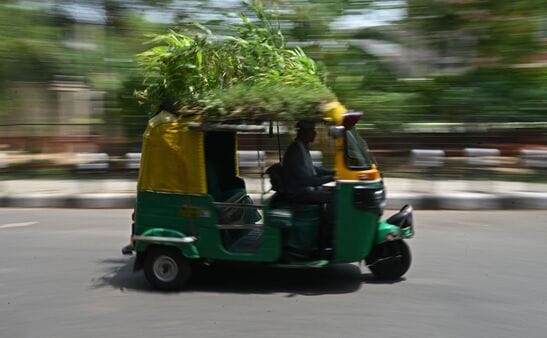 The thick patch of green on the top of the auto rickshaw keeps it cool even when temperatures are touching 45 degrees Celsius in Delhi.

While there are several yellow and green auto rickshaws plying on the roads of the national capital, one particular vehicle is winning people's hearts with its creative makeover. Auto driver Mahendra Kumar's vehicle stands out thanks to his out-of-the-box innovation that has resulted in a garden on the roof of the auto rickshaw with an aim to keep passengers cool during the summer season in the city.

The thick patch of green on the top of the vehicle keeps it cool even when temperatures are touching 45 degrees Celsius in the city. The patch houses over 20 varieties of shrubs, crops and flowers, attracting commuters and passers-by to stop and click photos with the ‘moving garden’. "Around two years ago I had this idea during the peak of the summer season. I thought if I can grow some plants on the roof, it will keep my auto cool," Kumar told AFP.

(Also read | Planning to buy a new car? All vehicles in Delhi likely to be pricier except EVs) 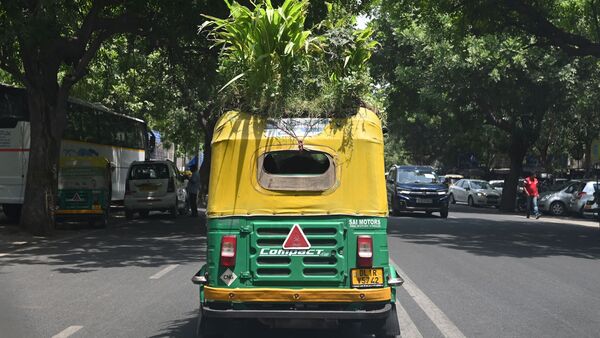 If you're thinking that's all from Kumar's side of innovation, then wait. He has also installed two mini coolers and fans inside his auto rickshaw to beat the Delhi heat. "It is now like a natural AC (air conditioner). My passengers are so happy after the ride that they don't mind paying me an extra 10-20 bucks," the 48-year-old auto driver said.

As heat wave hits many parts of the country, Kumar said that he was doing his "own small bit" for the environment by planting lettuce, tomatoes and millets on his auto rickshaw. While preparing the roof of the auto rickshaw for sowing, Kumar first put a mat on it, followed by a thick sack on which he sprinkled some soil. He then got grass from the roadside and seeds from his friends and acquaintances. Within days, the seeds sprouted into green shoots. "I just water the plants using a bottle twice a day," he said.