More than 500 screws are used in the construction of these ultra small Ferrari engine replicas for ultra enthusiasts.Each of these engine replicas take over a year to be completely finished, factoring in the time to crate the components and assemble them to display standard.
By : HT Auto Desk
| Updated on: 10 Oct 2021, 05:49 PM 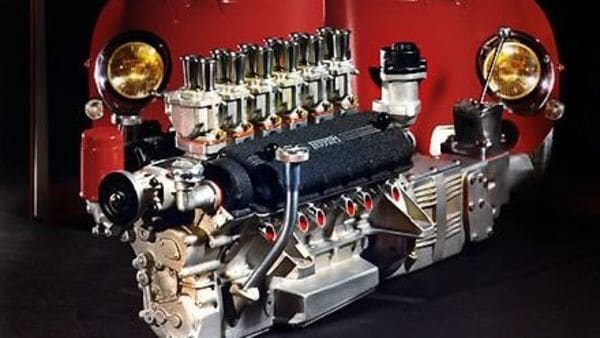 Italy-based Terzo Dalia has been making unique scale models of Ferrari engines and components for decades at a stretch, but these aren't like those toy kits one built during childhood. These engines are built using the same technique as those used to create real Ferrari engines.

Dalia doesn't use plastic components or adhesives to hold the 200-plus bits of the ⅓ scale model engines together. Instead, the company first stripped down a real engine to take measurements for the scale model engine. These small parts are fabricated in wood to check for fit, then cast in aluminum, while other pieces are turned stainless steel.

(Also read | Cheer up! Ferrari will not take the autonomous driving route)

To hold the bits together, more than 500 screws are used in the construction of the ultra small engines for ultra enthusiasts. The firing order for these engines exactly match that of the original full size engine's.

Interestingly, each of these engines take over a year to be completely finished, factoring in the time to crate the components and assemble them to display standard. The engines look so bespoke that even Ferrari has displayed in them in its museum.

Not just the legendary 12-cylinder Ferrari 250 GTO of the 60's, Terzo Dalia has also built limited runs of various other Ferrari engines over the past two decades. These include the 3.0-liter Colombo V12 fitted to the 250 GTO, the 6.3-liter V12 from the LaFerrari hypercar, and the 180-degree 12-cylinder motor that was used by Niki Lauda and Jody Scheckter in world championship. Dalia has also created wire frame outlines of entire cars, in one-third scale versions, and many of these pieces have even been sold out.

British Ferrari specialist DK Engineering has bought at least 11 different Terzo Dalia models for sale, ranging from a 250 GT California Spyder wireframe to the 6.0-liter V12 from the modern 599 GTB.