Home Auto The New Bmw 7 Series: Gesturing Towards The Future

The new BMW 7 Series: Gesturing towards the future

BMW's new flagship luxury sedan is set to be the most technologically advanced production car in the world when it hits the road in October thanks to its intelligent suspension, remote controlled parking and ability to respond to hand gestures.
By : AFP
| Updated on: 12 Jun 2015, 11:38 AM 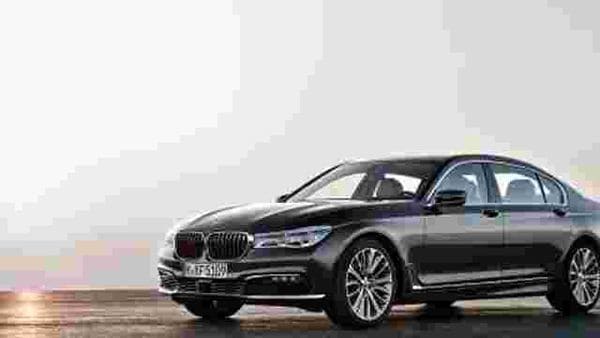 BMW's new flagship luxury sedan is set to be the most technologically advanced production car in the world when it hits the road in October thanks to its intelligent suspension, remote controlled parking and ability to respond to hand gestures.

Externally, the new car's styling is subtle. BMW has, intentionally, done just enough to make the sixth-generation 7 Series stand out against its predecessor -- the kidney grille is more pronounced, the rear quarters slope at a sharper gradient and for the first time there's the option of a panoramic glass roof that can change color -- but without shocking the aesthetic sensibilities of its existing client base. The average 7 Series owner is in his 50s and his idea of style is an immaculately tailored suit.

However, under the car's subtle exterior lurks what is quite possibly a technological masterpiece. So much so that when car anthropologists look back on history, this vehicle could well be held up as the missing link between driven, isolated cars and connected and self-driving cars.

When it goes on sale in October, it will be the first production car with remote controlled parking for getting into and out of the tightest of spots. Simply press the button on the touchscreen key fob and the car will do the rest, with no one at the wheel.

Active safety features have also been revised, such as the semi-autonomous traffic jam assist system, which can now help out with stop and go driving on any type of road. The intelligent cruise control can also autonomously adjust the speed of travel based on a change in legal speed limit as well as the distance from the car ahead and behind. And to ensure that there's never any risk of missing something in a blind spot, the car's touchscreen display offers a full 360-degree panoramic view around the vehicle.

But the high-speed rate of technological progress is evident in every internal element of the car, from how the suspension set-up can automatically alter to ensure a silky or sharp ride to how the car learns the owner's preferred driving style and evolves to suit. It even uses GPS data to inform the automatic gear changes.

Trying to master all of these high-tech updates is also surprisingly simple. The new car is the first BMW to adopt smartphone-like pinch to zoom and swipe commands via the infotainment touchscreen (until now, the system was operated via a rotary dial at the base of the gear lever). And, thanks to a 3D camera mounted in the headliner, the car is the first that can respond to gestures. A wave of the hand or a clenched fist or holding up one or two fingers can result in dropping or taking a call, or turning off or turning up the music for example.

As well as new tech and new levels of comfort, the luxury sedan is also getting a new range of engines, starting with turbocharged straight-six petrol and straight-six diesel powerplants. However, in 2016 they will be joined by a hyper efficient plug-in hybrid and performance-focused twin-turbo V8 and V12 units.