The Morgan Plus 4 gets racy on its 65th birthday

Boutique sportscar company Morgan is celebrating the 65th anniversary of its Plus 4 convertible with a special sports-tuned, limited edition model.
By : AFP
| Updated on: 28 Jul 2015, 05:05 PM 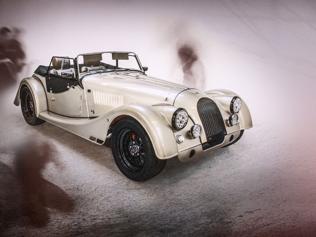 Boutique sportscar company Morgan is celebrating the 65th anniversary of its Plus 4 convertible with a special sports-tuned, limited edition model.

It might not look like a rock star, but the Morgan Plus 4 could be called the vehicular equivalent of Keith Richards. It will just keep on going, doing its own thing and flaunting its unique style, no matter how tastes and genres change. 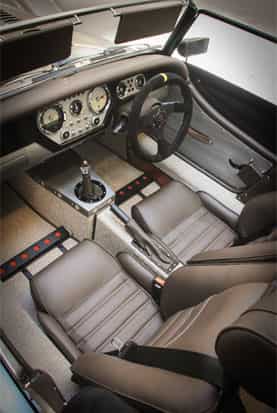 It turns 65 this year and, like Mr Richards, shows absolutely no signs of slowing down, or of fans falling out of love with what it does. In fact, if anything, this particular Morgan is about to speed up, significantly.

To mark the car's birthday, Morgan is building a very special edition of the two-seat convertible -- the AR Plus 4. People who know the Morgan Motor Company will note straight away that 'AR' refers to the firm's motorsport division.

And while, like all Morgans, the car will be hand-built, its chassis and suspension setup are being overseen by AR's technicians. As well as making the handling and ride more dynamic, AR has significantly tweaked the engine. The Cosworth 2-liter now outputs 225bhp.

The shock absorbers are also new to ensure that the car can still ride smoothly with this extra power when enjoying the weather and the scenery are more urgent than arriving at a destination on time. But if the latter's important, the brakes have been upgraded, too, as has the drivetrain.

Morgans are not famed for their weight -- their frames are constructed from ash wood over which aluminum panels are bonded, but the company wants to ensure that drivers lose none of that extra power -- i.e., that it all goes to the road.

In terms of exterior styling, it's still very much a Morgan Plus 4 but to set it apart from the standard model, it gets LED lights, and some of the hand-formed aluminum panels have been left exposed and untrimmed to help hint at the car's capabilities. It also sits on specially built lightweight wheels.

Inside, the dashboard has been reconfigured to improve ergonomics but it's still a sea of wood, aluminum and leather. Soundproofing has been improved, particularly in the fabric roof to keep wind roar down to a minimum.