Home Auto News The Automotive Upstarts Starting Up At Frankfurt

The automotive upstarts starting up at Frankfurt

As well as established brands showcasing their latest wares, this year\'s motor show is proving to be the ideal platform for the launch of new and reborn marques with huge ambitions, especially in the premium and electric vehicle markets.
By : AFP
| Updated on: 17 Sep 2015, 05:16 PM 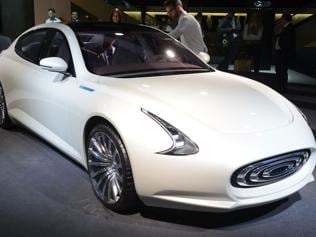 The car can travel 600km on a single charge. Photo:AFP

As well as established brands showcasing their latest wares, this year's motor show is proving to be the ideal platform for the launch of new and reborn marques with huge ambitions, especially in the premium and electric vehicle markets.

Even before the technical specifications were revealed, there was a lot of interest in the Thunder Power concept, simply because of its name. A company that is aiming to break into the nascent premium electric car market currently dominated by Tesla, it hopes to hit the ground running, silently and for 600km between charges, by 2017. 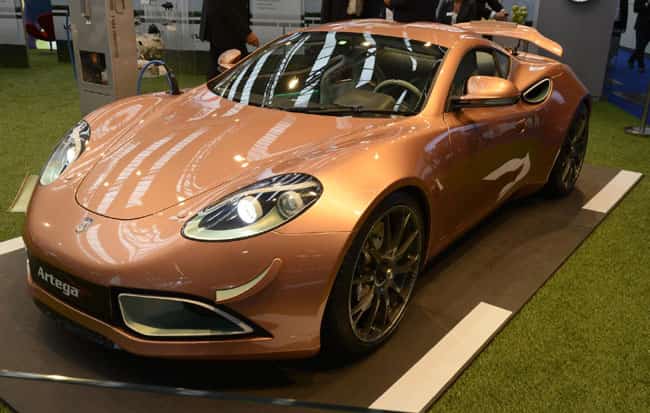 The Artega can sprint from 0-100km/h in under four seconds. Photo:AFP

As well as range, it also hopes to compete in terms of power and appearance. It has a claimed 430bhp, an electronically limited top speed of 250km/h and can go from standstill to 100km/h in under 5 seconds. Styling is described as European, and a close look reveals hints toward Jaguar and Maserati in there though there's also an element similar to Mitsuoka.

Inside lines are very clean and very European in terms of fit, finish and material, and there's a great wraparound TFT screen that runs the length of the dashboard in place of normal dials.

What sets Thunder Power apart from other small firms with big ambitions are two things. The first, is that it is already an established tool-making company looking to move into another area -- which is how much of the Japanese auto industry was born. And the second is the executive team behind the car is Peter Tutzer and Franz Schulte formerly of Bugatti and Ford respectively.

Like the Thunder Power, the new Artega Scalo is a pure electric car, but its makers aren't new to the market. Artega was a German sportscar company that went under in 2012 but it is now back, and it announced its electrically powered relaunch at this year's show.

The Scalo looks like a traditional mid-engined supersports car -- low slung with wide hips and big air intakes. And while it can hit 100km/h in just 3.6 seconds, it does so with electric motors. It has a claimed range of 400km between charges and, if connected to a 64kW DC charger, will be ready to go again in just one hour. 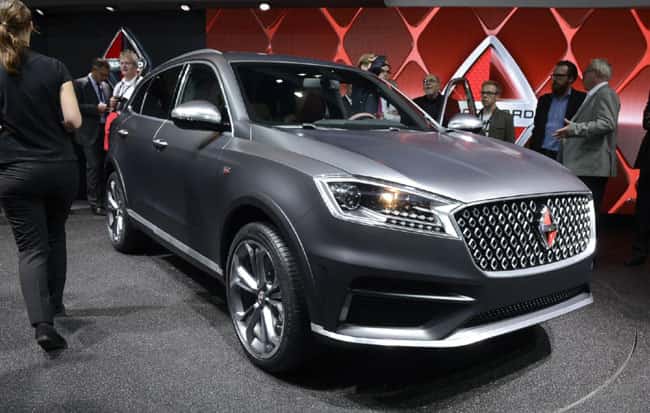 Borgward believe it can sell 500,000 units a year of its new crossover. Photo:AFP

It might sound like a school for wizards but it was once a premium German automotive brand -- think BMW today -- that made wonderful cars right up until 1961 when the company went under. Like Artega the company chose Frankfurt for its relaunch, and its first car, the BX7, is a very clean-looking sculpted crossover with a premium interior.

Initially power will come from a turbocharged petrol engine but the company is aiming to move to a hybrid set-up and then eventually to full electric power. It also has very serious ambitions for the car, believing it can challenge BMW, Audi and Mercedes in China and eventually in Europe. So much so that Borgward is forecasting medium-term sales in the region of 500,000 units a year.