Tesla's bad week in China was months in the making

Tesla's defiance of industry convention, embodied by founder Elon Musk, has won fans in the United States, but has backfired in China.China is by far the world's biggest EV market and accounts for 30% of Tesla's sales.
By : Reuters
| Updated on: 22 Apr 2021, 20:59 PM 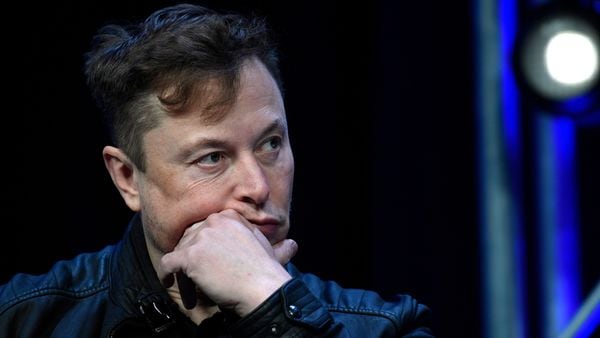 Tesla CEO Elon Musk has been silent on the China matter as of now.

Tesla Inc has had a terrible week in China, but sentiment against the U.S. electric car company in its second-biggest market had been building as it struggled to keep pace with rapid growth.

The pile-on by media and scolding by regulators show how precarious China can be for big foreign brands, and how a company's handling of an incident can turn into a crisis if the country's tightly-controlled news outlets turn against it.

Tesla's defiance of industry convention, embodied by founder Elon Musk and a corporate culture that rarely admits mistakes, has won fans in the United States, but has backfired in China. Musk had such cachet that China's government allowed Tesla to be the first foreign carmaker not forced to team up with a partner to make cars locally. Now, Tesla is learning lessons its longer-established rivals got years ago.

Tesla's troubles in China also underscore a problem Musk and senior Tesla executives have acknowledged, though mainly in relation to the company's North American business. Tesla's rapid sales growth has outrun its capacity to repair vehicles when hardware goes bad.

When a Tesla customer, angry over the handling of her complaint about malfunctioning brakes, climbed on top of a Tesla in protest on Monday at the Shanghai auto show, videos of the incident went viral.

The incident escalated after Grace Tao, Tesla's vice president for external relations - a former anchor at state broadcaster CCTV - questioned whether the angry customer, surnamed Zhang, was acting on her own.

In an interview with a local news outlet, Tao said, "maybe she ... I don't know, I think she is quite professional, there should be (someone) behind her."

"We have no means to compromise, it's just a process in the development of a new product," she added.

Tesla scrambled into damage-control mode, asking the online news outlet to withdraw the report, the outlet said on Tuesday on WeChat.

Tesla issued a series of increasingly contrite late-night statements, from Monday's "no compromise" to Tuesday's "apology and self-inspection." By Wednesday night, Tesla said it was "working with regulators for investigation."

The official Xinhua news agency said Tesla's apology was "insincere" and called for removal of a "problematic senior executive," while the Global Times cited Tao's comments in calling Tesla's "blunder" a lesson for foreign firms in China.

Tao, who joined Tesla in 2014, could not be reached for comment. Tesla did not reply to a request for further comment.

"There have been consistent complaints on social media with Tesla in China regarding its quality and service issues, which seem to have been largely ignored by the local team until Tuesday," said Tu Le, analyst at research firm Sino Auto Insights.

"It's a delicate dance, though, since Tesla helps highlight the entire EV sector helping ALL companies grow their sales and raise their profiles," he said.

Tesla cars, made at its own Shanghai factory, are highly popular in China, which is by far the world's biggest EV market and accounts for 30% of Tesla's sales.

Investors have not shown worry. Tesla shares rose this week.

Pressure on Tesla had been building.

Last month, it came under scrutiny when the military banned Teslas from entering its complexes, citing security concerns over vehicle cameras, sources told Reuters. Days later, Musk appeared by video at a high-level forum, saying that if Tesla used cars to spy in China or anywhere, it would be shut down.

For communications, it relies heavily on Musk's Twitter feed, which has over 50 million followers. As of Thursday, he had been silent on the China situation, which remained a hot topic, as Tesla owners took to Weibo to complain about quality issues such as sudden acceleration or steering failure.

On Thursday, Global Times Editor-in-Chief Hu Xijin said the intent is not to force Tesla from China.

"Our ultimate goal is to make foreign companies adapt to the Chinese market, seriously abide by Chinese laws and regulations, respect Chinese culture and consumers, and become a positive element in the Chinese economy. Whether it is a lesson or help, it all points to the same goal."