Higher-than-expected second-quarter vehicle deliveries, announced earlier this month, have some analysts and investors expecting the company will show a profit in its quarterly report.
By : Reuters
| Updated on: 14 Jul 2020, 08:15 AM 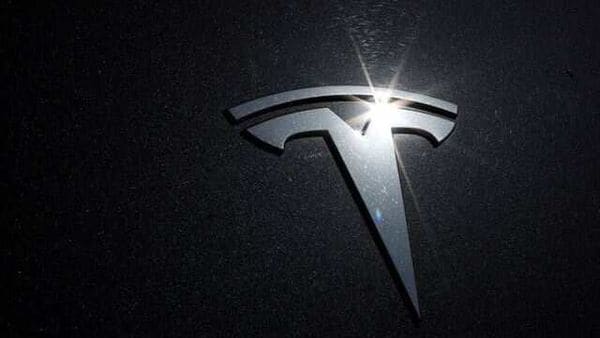 The Tesla logo is seen on a car in Los Angeles, California.

Shares of Tesla ended down 3.1% on Monday, tapping the brakes on a rally that has boosted the electric car maker's stock by over 40% in two weeks.

Shares of Tesla surged 16% early in the session before joining a sell-off along with other big-name Nasdaq stocks, including Amazon , Microsoft and Nvidia , that have outperformed in recent months.

With investors betting Tesla could show a quarterly profit in its July 22 report and potentially join the S&P 500 index, traders at one point on Monday paid $1,794.99 per share, a premium of almost $300 over Tesla's previous closing price.

(Also read - Free pizza and a 75-foot statue of Elon Musk: Battle for the next Tesla plant)

Only the second daily decline for Tesla in 10 sessions came after the company on Saturday cut the price of its Model Y sport utility vehicle by $3,000, just four months after its launch, as it tries to maintain sales momentum in the COVID-19 pandemic.

Higher-than-expected second-quarter vehicle deliveries, announced earlier this month, have some analysts and investors expecting the company will show a profit in its quarterly report. That would mark Tesla's first cumulative four-quarter profit, a key requirement for it to be added to the S&P 500.

With its market capitalization now at $277 billion, Tesla would be among the most valuable companies ever added to the S&P 500, and it would be more valuable than 95% of the index's existing components. Adding Tesla to the S&P 500 would have a major impact on investment funds that track the index, forcing them to buy tens of billions of dollars worth of Tesla's stock.

Since late June, demand for bullish call options on Tesla shares has been greater than demand for protective put options, which traders warn is a sign of exuberance.

Tesla on Friday set its annual shareholder meeting for Sept. 22 at its Fremont factory in California. The same day would also be "Battery Day," when Tesla it is expected to reveal significant advances in battery technology.