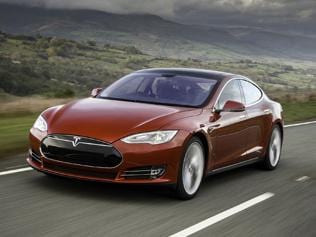 According to Consumer Reports, the new Tesla S P85D performs better than any car they have tested before.

The Tesla Model S P85D scored 103/100 in Consumer Reports' new report, published on August 27. The all-wheel-drive electric sedan performed 'better in [their] tests than any other car ever has, earning a perfect road-test score.' The results were so good, in fact, that Consumer Report has had to recalibrate its testing methodology: 'The car set a new benchmark, so we had to make changes to our scoring to account for it.'

The report doesn't claim that the car is perfect (despite what its score might imply) but the reasons for its off-the-charts rating include its acceleration, braking, handling and energy-efficiency. One of the very few negative observations was the car's price tag of $127,820.