The EV maker companies whose shares are surging along with Tesla’s are a long way from the sales volume achieved by Elon Musk.
By : Bloomberg
| Updated on: 15 Jul 2020, 09:49 AM 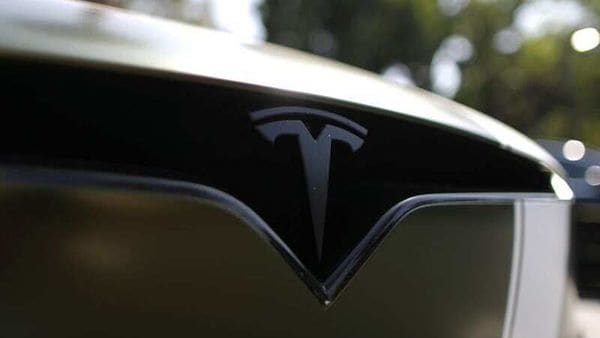 FILE PHOTO: This week’s trading has been a microcosm of just how fleeting momentum can be even for the world’s most successful EV company.

Tesla Inc.’s eye-popping run has left stock prognosticators in the dust, brought smaller imitators along for the ride and triggered a race by entrants new and old to cash in.

It’s a phenomenon that alarms valuation experts and even gives pause to those who stand to gain from the electric-car euphoria. The companies whose shares are surging along with Tesla’s are a long way from the sales volume achieved by Elon Musk -- and his automaker is coming off a quarter in which vehicle deliveries shrank from a year ago and remain far short of the world’s top-producing manufacturers.

This week’s trading has been a microcosm of just how fleeting momentum can be even for the world’s most successful EV company. Tesla’s stock soared 16% during Monday’s session, abruptly fell and then finished down 3%, shedding $55 billion of market capitalization in the process. Retail investors -- including the 10,000 users an hour who were adding shares on the investing platform Robinhood during a stretch -- likely were burned in the process.

On Tuesday, the stock traded up as much as 6.2% and down as much as 4.4% within the first hour of New York trading. Shares of NIO Inc. and Nikola Corp. also pared their big gains for the year.

Investors valued Nikola as high as $28.8 billion last month, despite the company being a year away from producing its first battery-powered semi truck. Two other electric-vehicle makers are now trying to replicate its reverse-merger listing strategy, with one being led by the founder of an EV maker that went bankrupt less than seven years ago.

“There’s a lot of delirium," said Aswath Damodaran, a professor at New York University’s Stern School of Business. “Each company is looking up the ladder: Tesla is the next Amazon, Nikola is the next Tesla, and so on."

Damodaran said he doubts that each new entrant will be able to pull off their growth projections and that the electric-vehicle market is not big enough for every one of the companies to succeed. “We are all now reaching for a dream," Damodaran said, “and that’s not the way to invest."

Signs of the Times

For almost all of Monday’s roller-coaster ride, Tesla shares traded above $1,500, where the two most optimistic analysts surveyed by Bloomberg had set their fair-value estimates just last week. A new biggest bull emerged after Monday’s close, though Piper Sandler & Co.’s Alexander Potter signaled some expectation of client pushback. He ended the title of his report: “Defending Our New $2,300+ Price Target."

RBC Capital Markets analyst Joe Spak nodded to the heady times for the clean-transportation sector with a report initiating coverage of Nikola last week that asked: “Can Zero Emissions Remain Zero Gravity?" He rated the stock the equivalent of a hold, calling the company “still more of a business plan than business." 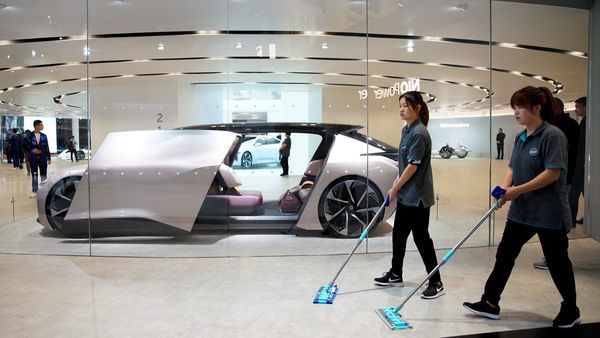 After Nikola, the most valuable US-listed electric-auto entrant is NIO Inc., the Chinese maker of battery-powered SUVs. Through June, it’s handed over less than 50,000 vehicles in the roughly two years since it started delivering vehicles. But its stock has surged 244% this year.

Then there’s Workhorse Group Inc., which is trying to produce and sell just 400 electric delivery vehicles this year. Its shares started surging in the run-up to Vice President Mike Pence’s visit to a politically significant factory that an affiliate acquired from General Motors Co. and is trying to revive. The stock is up 408% year-to-date.

Investors are rewarding these companies based on their business plans, but Tesla may prove to be the exception rather than the rule when it comes to mass-producing, retailing and servicing vehicles. They face an uphill battle getting the cash they need to compete with Tesla and major carmakers, said Tony Posawatz, a consultant who led development of GM’s plug-in hybrid Chevrolet Volt.

“It’s a craze," said Posawatz, who’s on the board of Lucid Motors Inc., which is trying to start producing its debut electric sedan by year-end. “There are 20-something EV startups in the U.S. Knowing the history of the industry, the kind of capital needed, I’ll say Tesla and two or three others will survive."

Lucid handed majority ownership to Saudi Arabia’s sovereign wealth fund in exchange for a $1.3 billion investment last year. That haul pales in comparison to the roughly $4.85 billion Rivian Automotive Inc. has brought in since early 2019 from the likes of Amazon.com Inc., Ford Motor Co. and T. Rowe Price Associates Inc. 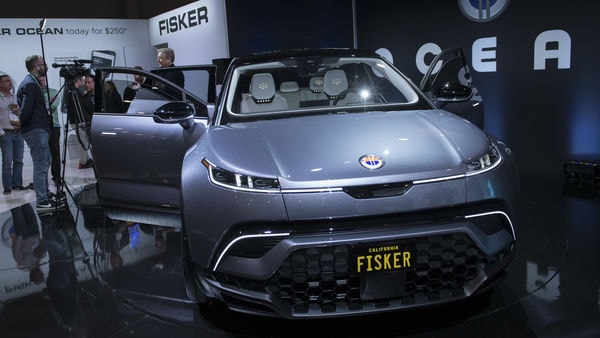 Fisker Automotive, the EV startup founded before the global financial crisis by decorated auto designer Henrik Fisker, offers a cautionary tale of just how difficult the auto business can be. The company generated buzz by getting its snazzily styled Karma hybrid onto the driveways of celebrities including Justin Bieber and Leonardo DiCaprio back when Musk was still getting Tesla off the ground. But it went bankrupt in 2013, losing U.S. taxpayers $139 million.

China’s Wanxiang Group acquired the company out of Chapter 11 and renamed it Karma Automotive. Last week, it announced having raised $100 million from outside investors and plans to seek an additional $200 million. Chief Strategy Officer Greg Tarr said that he’s getting plenty of incoming calls but turning down some offers from opportunists who are just chasing a hot trend and don’t understand Karma’s business model.

“I would say there’s too much enthusiasm," Tarr said in a phone interview. “You have some investors that don’t have any knowledge of the EV space and aren’t asking proper due-diligence questions."

For Fisker, 56, his ticket to redemption could be to follow in Nikola’s footsteps. Fisker Inc., his second EV venture, announced Monday that it too plans to combine with a special purpose acquisition company, or SPAC, in a deal that could generate more than $1 billion of proceeds and fund the development of an electric SUV called the Ocean, which is slated for production in late 2022.

The Fisker deal with Spartan Energy Acquisition Corp. is the third time in the last four months that an EV company has sought to go public via a SPAC transaction. After Nikola’s deal closed in June, Hyliion Inc., a maker of electrified powertrains for semi trucks, announced it was planning to combine with Tortoise Acquisition Corp.

Whereas Tesla has gone its own way after doing joint-venture projects in its early years with Toyota Motor Corp. and Daimler AG, the new entrants listing their shares by way of SPACs all are going to lean heavily on incumbents for the foreseeable future.

Nikola has a joint venture with commercial-vehicle maker CNH Industrial NV and has said it will need to team up with a to-be-named manufacturer for a planned pickup. Hyliion plans to be a supplier to manufacturers of big rigs. And Fisker is negotiating with Volkswagen AG to use the German giant’s electric-vehicle platform for its SUV.