With Tesla increasing its purchase of battery cells and announcing newly ambitious plans for car production, its suppliers have been under growing pressure to scale up their operations.
By : Bloomberg
| Updated on: 01 Feb 2021, 07:10 PM 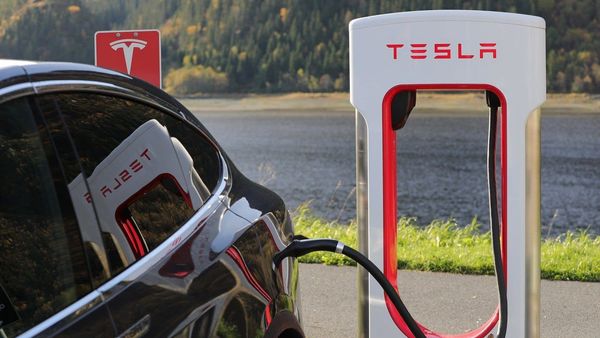 Speaking on invite-only social networking app Clubhouse, Tesla Inc. Chief Executive Officer Elon Musk stepped briefly away from debating the existence of aliens and the merits of wiring a monkey’s brain so that it can play video games to stress that Tesla’s battery suppliers need to increase their production of battery cells.

“It’s important to emphasize to our suppliers, we’re not trying to put them out of business, we want them to increase their rate," Musk said Monday.

Tesla suppliers Panasonic Corp., Contemporary Amperex Technology Co. Ltd. and LG Chem Ltd. have been under growing pressure to scale up their operations with Tesla increasing its purchase of battery cells and announcing newly ambitious plans for car production.

Tensions came to a head in September when Musk implied in a series of tweets that Tesla will begin producing its own battery cells, even as it ramps up buying from outside suppliers. The following day, the shares of Japan, South Korea and China-based Tesla battery suppliers’ each slid more than 4%.

Tesla’s goal is to produce 20 million electric vehicles a year -- 40 times the almost 500,000 vehicles the company delivered in 2020. Achieving the goal is significant because that will replace about 1% of the 2 billion cars projected to be on roads by 2030, thereby “moving the needle" in the company’s fundamental goal of accelerating the advent of sustainable energy, Musk said on Monday.

“We’re trying to grow car production as fast as possible, but the primary limiting factor there is battery cell production," Musk said. In the past he has warned that even with cell suppliers operating at maximum speed, Tesla will encounter significant shortages in 2022 and beyond unless the company starts producing its own cells.

Musk’s outcries haven’t fallen on deaf ears. Panasonic is planning to add another line to the Nevada-based Gigafactory 1 battery plant it jointly runs with Tesla, part of a more than $100 million investment in building out its battery production capacity, according to Nikkei. The company is also exploring opportunities to set up a lithium-ion battery production business in Norway.

Even such build-out may not prove enough for Musk, who’s aiming to accelerate the company’s compound annual growth. “We’re getting as much as possible from suppliers, but even that’s not enough," Musk said.