The Hyundai Ioniq 6 electric car is second member of the automaker's Ioniq family that has been dedicated to electric power.
By : HT Auto Desk
| Updated on: 03 Jul 2022, 11:39 AM 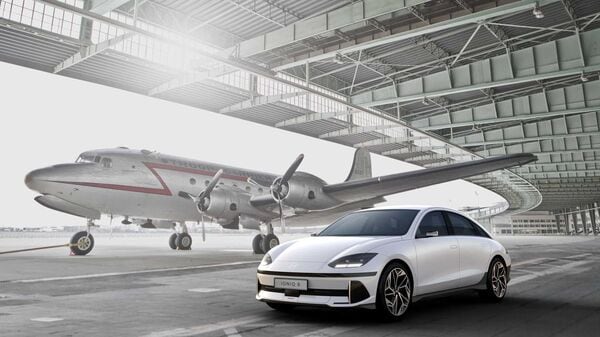 US EV giant Tesla led the electric vehicle market in the US in the first quarter with a share of 75.8%, followed by Hyundai at 9%. A screenshot of a table showing the market share of US electric vehicle space was shared on social media last month and Tesla CEO Elon Musk replied to it saying that Hyundai is doing pretty well. Though South Korean automaker Hyundai did not reply to this comment at that point of time, it was probably waiting for the right time.

The automaker has now replied to Musk, saying, “Thanks, Elon. Say 'Hello' to the newest member of the #Hyundai family: the #IONIQ6." It also shared an image of the recently unveiled Ioniq 6 electric car with a text on image that reads, “Doing well indeed, Elon."

Say 'Hello' to the newest member of the #Hyundai family: the #IONIQ6. https://t.co/OyryT0lWIa pic.twitter.com/3DdS9T3sI1

The Hyundai Ioniq 6 electric car is second member of the automaker's Ioniq family that has been dedicated to electric power. It is true to the Hyundai Prophecy concept that was showcased earlier by the automaker. The Ioniq 6 appears as a suave and streamlined futuristic electric car that appears with a visual resemblance to the Volkswagen Beetle. The automaker has not yet revealed the technical information of the car so far. This info will be disclosed on July 14.

The Hyundai Ioniq 6 uses an E-GMP architecture that also underpins the Ioniq 5 and Kia EV6. The electric sedan will get a 77.4 kWh battery pack, and dual electric motors. Expect this EV to churn out an output of around 300 hp power.

Its front profile looks clean and comes with a minimalist approach. It rides on complex asymmetrical spoked wheels, and looks like a perfect blend between retro theme and modern styling. It gets separate screens for the digital instrument cluster and infotainment system but they share a single bezel. There is a range of capacitive buttons for operating the HVAC system.