Ever since NHTSA began the investigation, the number of reported Tesla crashes that may have involved Autopilot has risen to 16.
By : HT Auto Desk
| Updated on: 12 Jun 2022, 06:18 PM 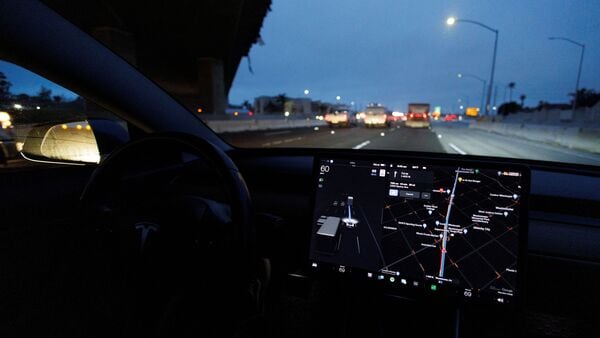 The US National Highway Traffic Safety Administration (NHTSA) has upgraded its investigation into Tesla's Autopilot driver-assist technology to reach around 830,000 cars and SUVs from the EV maker, as per a report from Automotive News. The original probe was opened back in August 2021 due to reports of 12 crashes related to Tesla vehicles. The crashes left 17 people injured, and also led to one fatality.

Ever since NHTSA began the investigation, the number of reported Tesla crashes that may have involved Autopilot has risen to 16, the report stated. The crashes are related to the driver-assist system driving near emergency vehicles and failing to avoid colliding with them or other nearby vehicles. Initially, the investigation covered some 765,000 Tesla vehicles including all four current models, and model years ranging from 2014 to 2021.

Based on information from a new NHTSA Office of Defects Investigation document, the safety regulators are now opening an engineering analysis to further explore what may have happened in the related incidents. The safety agency specifically wants to learn if and how Autopilot impacted the driver's awareness and the events leading to the accidents.

As per the findings so far, NHTSA says that Tesla's forward collision warning system was active prior to most of the crashes. Additionally, the agency noted that the automatic emergency braking was engaged in about half of the incidents. However, "on average," Tesla's Autopilot features disengaged "less than one second prior to the first impact."

The current findings are a result of a thorough review of over 100 Tesla crashes where Autopilot or Full Self-Driving capability was likely active. The agency also looked into the information provided by 12 different automakers related to various driver-assist systems.